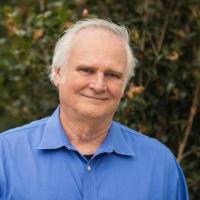 Prof. Wilson is the Director of the Duke Hearing Center and is an Adjunct or Consulting Professor in each of three departments at Duke: Surgery, Biomedical Engineering, and Electrical and Computer Engineering. He has been involved in the development of the cochlear implant (CI) for four decades and is the inventor of many of the signal processing strategies used with the present-day CIs. One of his papers, in the journal Nature, is the most highly cited publication in the principal field of CIs. He also has become keenly interested in global hearing healthcare and presently is the Chair of the Lancet Commission on Hearing Loss. He or he and his teams or colleagues have been recognized with a high number of awards and honors, including the 2015 Russ Prize, “for engineering cochlear implants that allow the deaf to hear,” and the 2013 Lasker~DeBakey Award, “for the development of the modern cochlear implant – a device that bestows hearing to individuals with profound deafness.” The Russ Prize is the world’s top honor for bioengineering and the Lasker Awards are second only to the Nobel Prize in Physiology or Medicine for recognizing advances in medicine and medical science. Prof. Wilson is a recipient of the Distinguished Alumni Award from the Pratt School of Engineering at Duke (in 2007) and from the University as a whole (in 2019; the 42nd recipient of that Award). Additionally, he is a member of the USA’s National Academy of Engineering and is a Fellow of the Institute of Electrical and Electronics Engineers, the Acoustical Society of America, and the National Academy of Inventors.