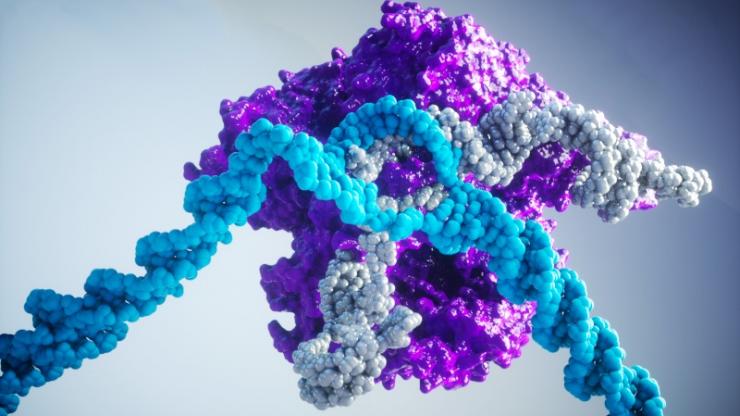 With a new grant from DARPA, Duke researchers will use genome editing technologies to explore the gene targets that mediate influenza infection.

This story was originally published on the Duke Center for Genomic and Computational Biology site.

We’ve all had dreams of having superpowers. Maybe you’ve wished you could fly, have x-ray vision, read minds or teleport. While those dreams may never become reality, the Defense Advanced Research Projects Agency (DARPA) is hoping to give people a different kind of superpower: protection from potentially lethal health threats. And the Duke Center for Advanced Genomic Technologies will help.

DARPA awarded a $21.9 million-dollar grant for a multifaceted research effort aimed at temporarily regulating gene expression using RNA-based techniques that could help protect against pandemic flu by boosting lung resistance to the virus, attacking the virus directly, enhancing the immune system response and improving the effects of existing vaccines. This is part of DARPA’s PREPARE (Preemptive Expression of Protective Alleles and Response Elements) initiative and, if successful, could initially be used to help soldiers deployed in areas where the influenza virus could be used as a biological weapon.

The effort will be led by the Georgia Institute of Technology and will include teams from Duke, Emory University, University of Louisiana, Rockefeller University and Acorda Therapeutics. The multidisciplinary Duke team, comprised of Charlie Gersbach, Greg Crawford, Tim Reddy, Xiling Shen and Nick Heaton, will receive $2.5 million over the next four years. Funding will support efforts to find new gene targets that mediate influenza infection and develop programmable epigenome editors that regulate those targets in a controlled and predictable fashion.

If the team can figure out how to alter soldiers’ epigenomes to protect their stem cells and boost their immunities against the flu, using the influenza virus as a biological weapon won’t work. And by editing the epigenome, the changes are transient – not permanent alterations to the genome sequence – so these changes would only last for a couple of weeks or months.

Imagine Popeye: With one can of spinach, he gains superhuman strength that lasts long enough for him to defeat his foe, but by the start of the next episode, he’s back to normal strength. In real life, a CRISPR system could be delivered into the body through a nebulizer or inhaler, enter the right cells and change gene levels by inactivating RNA transcripts or manipulating the epigenome. Nanoparticles would go in, deliver CRISPR and after the CRISPR system degrades, everything would revert back to normal.

At Duke, Heaton will perform a series of genetic screens to identify host genes that when either suppressed or activated will protect cells from the flu virus. Gersbach will develop the CRISPR systems needed to modify the epigenome, and Reddy and Crawford will use their expertise in high-throughput epigenomic profiling methods to survey the genome-wide analysis specificity of these CRISPR tools. Shen will develop lung organoid technologies to test these approaches in cultured miniature tissues. These lung organoids will mimic a human lung for testing specific perturbations to gene elements that may prevent an influenza infection and progression.

“The Duke Center for Advanced Genomic Technologies was started this year to facilitate the discovery of methods to improve human health with next-generation tools and methods,” said Charlie Gersbach, Center Director and the Rooney Family Associate Professor in the Departments of Biomedical Engineering and Surgery in the Pratt School of Engineering and Duke School of Medicine. “This project is a great early example of our efforts in collaborating across schools and departments, as well as across universities, to develop innovative approaches to tackle important challenges.”

At the end of the four-year funding period, DARPA hopes to have therapies ready for clinical trials.

If successful, this research could reach beyond soldiers and help prevent the broader community against virtually all strains of the influenza virus by providing near instantaneous immunity, in contast to traditional vaccines.