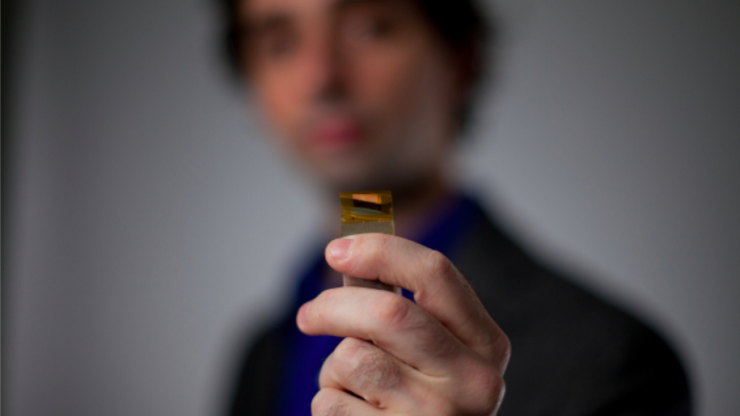 Jonathan Viventi holding one of his novel brain-interfacing electrodes.

Jonathan Viventi, an assistant professor in the department of biomedical engineering at Duke University, has been awarded a National Science Foundation Faculty Early Career Development (CAREER) Award. This five-year, $550,000 grant, supports outstanding young faculty members in their efforts to create a successful research enterprise. Viventi will use the grant to optimize neural interfaces to develop innovative therapies for neurological disorders like epilepsy, and to improve the performance of prosthetic devices. 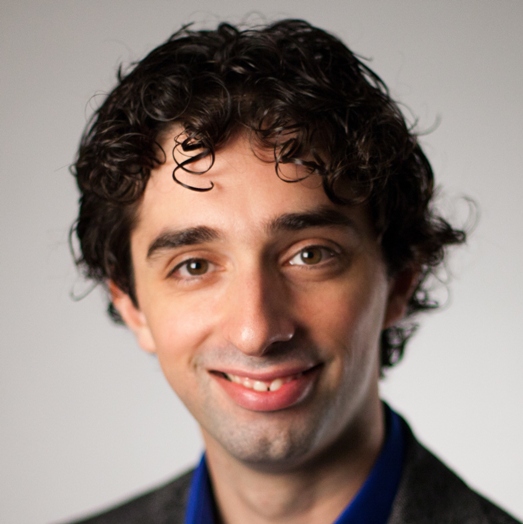 Although our understanding of the human brain has evolved in the past several decades, the technology that allows us to connect to and monitor brain function largely has not. When studying neurological problems, researchers typically have to apply electrodes individually to the brain surface, which are then each wired to separate, far-away recording devices. Because these wires take up so much space, these tools can only include about a hundred sensors. This limitation means that researchers are faced with a choice: they can obtain a high-resolution readings over a small surface area, or low-resolution readings over a large surface area.

To bypass this trade-off, Viventi has developed flexible electronic sensors that require a significantly smaller number of wires compared to traditional neural sensors. Using this new technology, Viventi and his team have increased the number of sensors on each neural interface, allowing them to sample more than 65,000 electrodes using fewer than 100 wires.

With the support of the new grant, Viventi’s laboratory will begin to explore the fundamental design parameters of their novel technology to learn how to create the most efficient and effective neural interface design.

“Now that we’re building devices that have integrated electronics, we need to figure out the best designs for these sensors,” said Viventi. “We can already make them as big as we want or as close together as we want. We can make them out of different materials and even make them more flexible. But now we want to find which design works best to allow us to get the most information out of the brain, and this grant will help us determine that.”

The CAREER award also supports an educational outreach project, where Viventi’s lab will team up with local high schools in Durham to create a program focused on neuroengineering. In the learning module, the researchers will use electromyography (EMG) to show the students how they can use devices to measure electrical signals generated by their muscles and brain.

“We’re going to have students use circuits to record EMG signals from their muscles, so when they move their arm, for example, they can watch the EMG signals change in real time,” said Viventi. “We’re also going to use these signals to control the movement of a video game character. It’s a fun way of showing how an electrode captures electrical signals from the body and how we can use those signals to control prosthetic devices.”