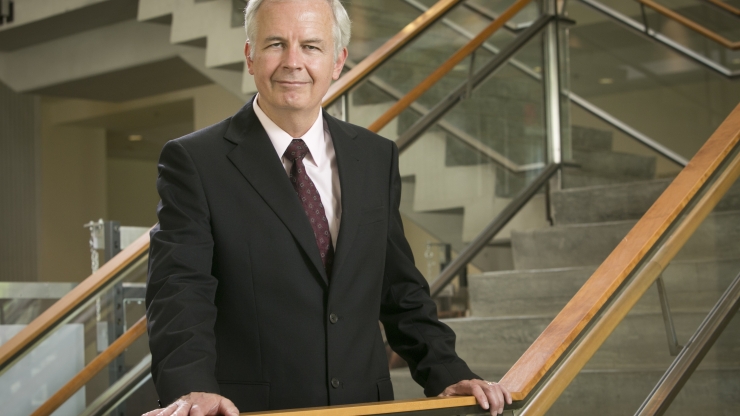 Truskey received the award due to his numerous contributions to the formation and maturation of the CMBE field through key leadership roles in BMES, the National Institutes of Health, and the American Institute for Medical and Biological Engineering. He was also recognized for providing key leadership, insight and vision as the president of BMES during the creation of the CMBE Special Interest Group, which was created to bring together researchers with diverse backgrounds in scientific and clinical interests to better understand how physical forces control biological processes.

“The Cellular and Molecular Bioengineering Special Interest Group was formed due to the concerted efforts of Chris Jacobs, Ed Guo, Shu Chien and a number of other BMES members,” says Truskey. “This is the most active group within BMES, reflecting the tremendous research advances occurring in the field, and I’m deeply honored to receive this award and pleased to have played a role in the formation of the CMBE Interest Group.”

Truskey has been a member of the Duke engineering faculty since 1987, and he served as the chair of Duke Biomedical Engineering from 2003-2011. He leads research focused on the effect of physical forces on the function of vascular cells and skeletal muscle, cell adhesion, and the design of engineered tissues. His lab has developed novel lab-on-a-chip models to study topics spanning how blood vessels respond to various drugs, the connection between cardiovascular and autoimmune diseases, and rare diseases including Hutchinson-Gilford Progeria Syndrome.

Truskey received a plaque and a named lecture during the Cellular and Molecular Bioengineering conference held on January 22, 2022.