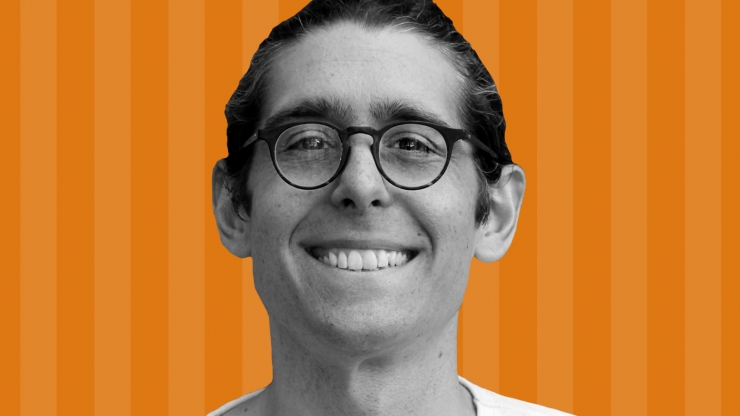 When it comes to piecing together the inner workings of the brain, neuroscientists have an arsenal of tools at their disposal. Imaging modalities like calcium imaging enable researchers to precisely track when and where individual neurons are activated, and the new technologies like optogenetics have allowed scientists to activate and control key neurons in animal models. In the last decade, researchers have even developed tools to map the connections among neurons in the brain, giving them a clearer picture of the organ’s complex circuitry.

These advancements have allowed researchers to better decipher neuronal activity within the brain, but just how that translates into functional output in terms of actions at the level of the entire body is less clear.

Dunn and his lab aim to change this.

“The principal output of the brain is movement and behavior, but we previously haven’t had any tools to precisely track that output in freely moving animals and relate it to underlying neuronal activity,” says Dunn, who joins Duke BME from Duke’s Department of Neurosurgery and Duke AI Health. “This has been a major hurdle for understanding at a basic neurological level what neural circuits are doing, and it’s made it very difficult to crack the mystery of devastating motor disorders like Parkinson’s disease.”

To address this longstanding issue, Dunn and his team developed DANNCE, or 3-Dimensional Aligned Neural Network for Computational Ethology. The team gathered videos of animals moving naturally in the lab and trained a machine-learning algorithm known as a convolutional neural network to identify and map the precise locations of different body parts as the animal moved. Because it was drawing information from multiple cameras, the system learned how to predict precisely where an animal’s limbs would be in a given 3-dimensional space.

“This tool gives us quantitative measurements of natural behavior, which didn’t exist before,” says Dunn. “DANNCE was trained on rats, but the technique is able to work accurately on other types of animals as well, and it doesn’t require the animal to wear anything that might hinder its natural movement. We can then relate these precise movement measurements to data collected from brain recording technologies, like calcium imaging.”

Already, this approach has given researchers a new way to precisely study movement disorders seen in conditions like Parkinson’s disease, Fragile X Syndrome and Autism Spectrum Disorder. Now, in his new role in Duke BME, Dunn says one of the main goals of his lab will be to use DANNCE to explore hereditary movement disorders, like some forms of dystonia.

“Dystonia is very difficult to study because there is a lot of variation in how the disease is expressed, and animal models are often asymptomatic,” says Dunn. “We hypothesize that researchers have been unable to find symptoms in a majority of these animals because they don’t have sensitive tools to measure their movement profiles comprehensively. With our technology we can measure the positions and velocities of every controllable body part on the animal over long periods of time. Using this new granularity, we now may be able to find more subtle effects at various temporal and spatial scales that have been inaccessible to researchers in the past.”

In addition to this work, Dunn and his team will also explore how artificial neural networks can learn to precisely mimic the movement information collected with DANNCE.

As he prepares to join Duke BME, Dunn is excited to begin collaborating with researchers throughout the department. In addition to working closely with Michael Tadross on a grant to use their respective tools to study Parkinson’s disease, he is collaborating with Tatiana Segura to better explore and quantify behavioral and movement effects after a stroke. On the technical side, Dunn is also aiming to partner with Roarke Horstmeyer to improve DANNCE’s image processing capabilities.

Beyond working with faculty, Dunn will use his expertise to help develop a biomedical data science certificate for master’s students. According to Dunn, this will involve developing new courses and creating a full and engaging curriculum with other data science researchers across the department.

“Joining Duke BME is an exceptional opportunity for me. The department provides an environment in which I can develop advanced machine learning tools and then apply them to real biological problems, so it’s really an ideal mix of disciplines,” says Dunn. “I’ve already established productive collaborations, and I’m eager to build on these partnerships as a new member of the department. I’m also looking forward to mentoring bright and passionate BME students who share my excitement for machine learning as a catalyst of neurobiological discovery.”