Test Distinguishes SARS-CoV-2 from Other Coronaviruses with 100% Accuracy 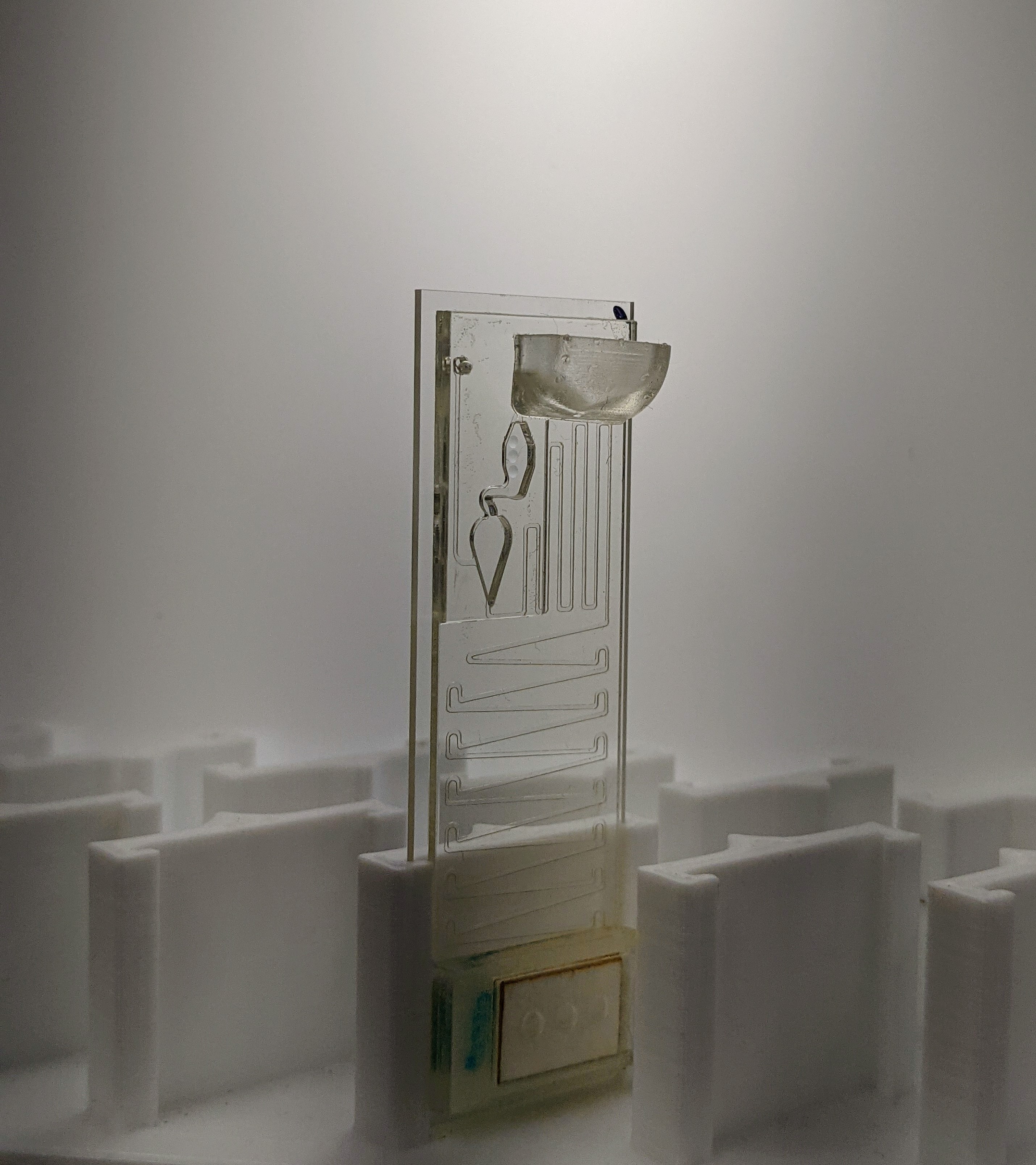 Biomedical engineers at Duke University have demonstrated a tablet-sized device that can reliably detect multiple COVID-19 antibodies and biomarkers simultaneously.

Initial results show the test can distinguish between antibodies produced in response to SARS-CoV-2 and four other coronaviruses with 100% accuracy.

The researchers are now working to see if the easy-to-use, energy-independent, point-of-care device can be used to predict the severity of a COVID-19 infection or a person’s immunity against variants of the virus.

Having also recently shown the same “D4 assay” platform can detect Ebola infections a day earlier than the gold standard polymerase chain reaction (PCR) test, the researchers say the results show how flexible the technology can be to adapt to other current or future diseases.

The results appear online on June 25 in Science Advances.

“The D4 assay took six years to develop, but when the WHO declared the outbreak a pandemic, we began working to compress all of that work into a few months so we could explore how the test could be used as a public health tool,” said Ashutosh Chilkoti, the Alan L. Kaganov Distinguished Professor and Chair of Biomedical Engineering at Duke. “Our test is designed to be both adaptable and truly point-of-care, and this is clearly a scenario when a portable, fast and cost-effective diagnostic would be most useful.”

The technology hinges on a polymer brush coating that acts as a sort of non-stick coating to stop anything but the desired biomarkers from attaching to the test slide when wet. The high effectiveness of this non-stick shield makes the D4 assay incredibly sensitive to even low levels of its targets. The approach allows researchers to print different molecular traps on different areas of the slide to catch multiple biomarkers at once.

The current iteration of the platform also features tiny patterned tunnels that use the physics of liquids to draw samples through the channels without needing any electricity. With just a drop of blood and a drop of biomolecular lubricant, the test runs autonomously in a matter of minutes and can be read with a detector roughly the size of a very thick iPad. 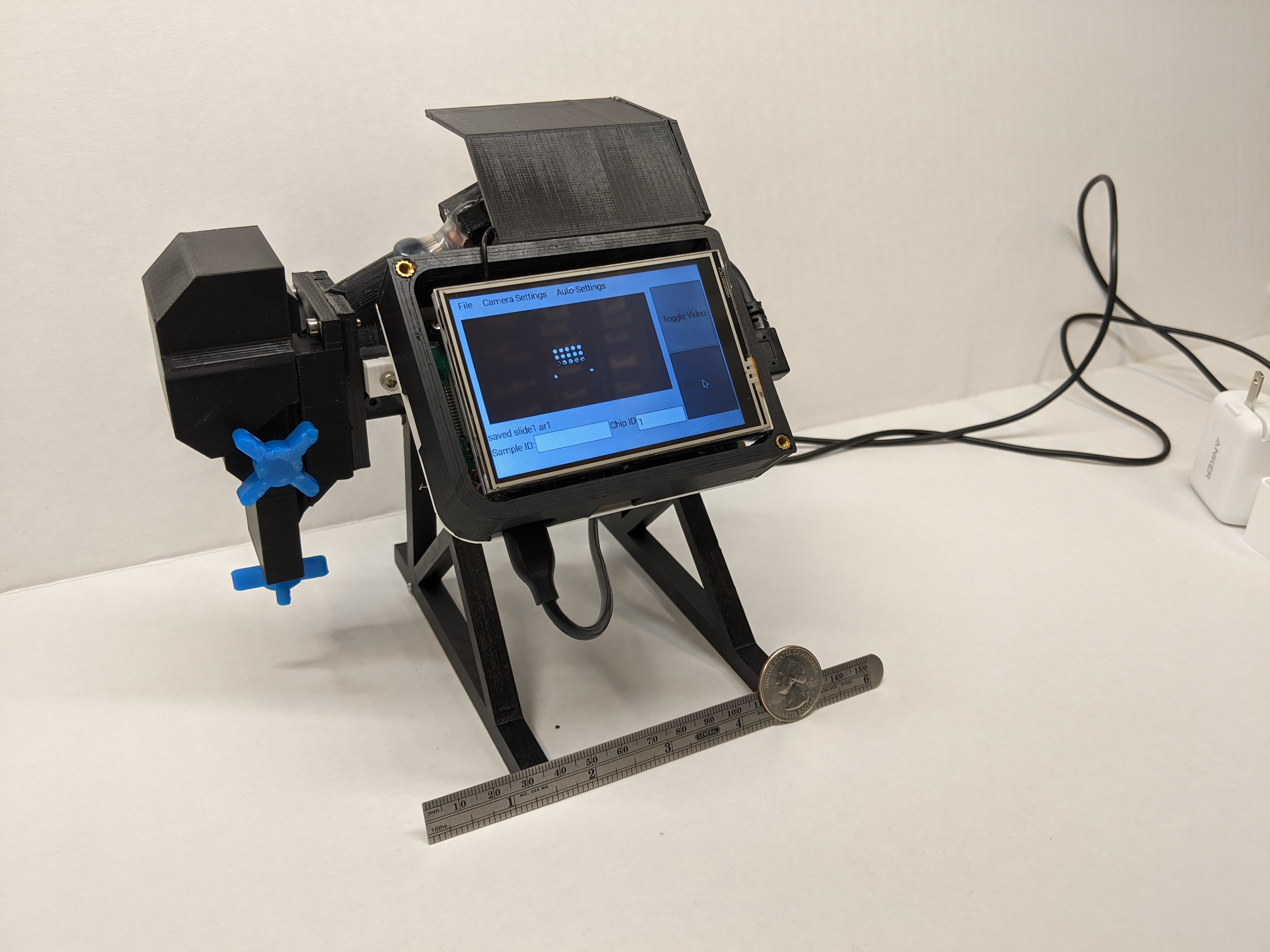 “The detector is battery powered and the test doesn’t require any power at all, so you can throw the whole thing into a backpack and truly test at the point-of-care with minimal resources,” said Jason Liu, a PhD student working in the Chilkoti lab who designed and built the detector.

In the current study, the researchers tested the D4 assay’s ability to detect and quantify antibodies produced against three parts of the COVID-19 virus — a subunit of the spike protein, a binding domain within the spike protein that grabs on to cells, and the nucleocapsid protein that packages the virus’s RNA. The test was able to spot the antibodies in all of the 31 patients tested with severe cases of COVID-19 after two weeks. It also reported zero false-positives in 41 samples taken from healthy people before the pandemic started as well as 18 samples taken from individuals infected with four other widely circulating coronaviruses.

With the pandemic on the downswing in the United States and hundreds of other COVID-19 antibody tests in development, the researchers don’t believe this particular test is likely to be deployed in large numbers. But they say that the platform’s proven accuracy and flexibility make it a prime candidate for developing into other types of tests or for use in future outbreaks.

For example, the platform could potentially be able to test whether or not people have immunity to the various strains of COVID-19 that continue to emerge.

“There’s lots of questions from people about whether or not they’re protected from new variants of COVID-19, and our test could answer some of those,” said Jake Heggestad, a PhD student working in the Chilkoti lab who developed the chip for the test. “We believe that our platform should be able to distinguish between whether people have antibodies that can neutralize emerging variants of concern or if those antibodies aren’t going to be protective against new variants.”

The researchers are also working to develop the platform into a test for multiple prognostic markers of COVID-19 that together could indicate whether or not a patient is likely to have a severe case of the disease.

“We’re platform builders, so we’re working to show ways this technology can be easily modified to do different things,” said David Kinnamon, a graduate student who developed the liquid handling system for the test. “We’re showing this single platform can work as a diagnostic, assess immune response after infection and predict disease outcome, potentially all at the same time. I don’t know of many tests that can do that.”

“And it can do all of this on a platform that is super user-friendly and transportable,” said Heggestad. “It’s one thing to do all of this in a centralized facility like Duke, but it’s another to be able to do large-scale testing and get good, sensitive results in remote locations around the world.”