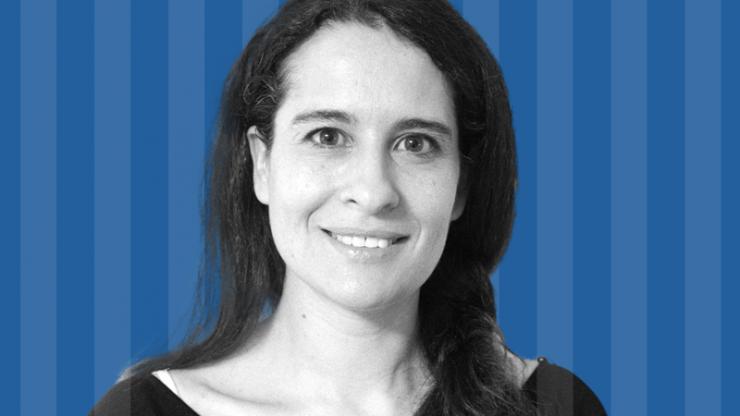 Tatiana Segura will join the Department of Biomedical Engineering at Duke University’s Pratt School of Engineering with joint appointments in dermatology and neurology in Duke’s School of Medicine beginning March 1, 2018. By engineering hydrogel biomaterials that support and promote cell growth, Segura seeks to unlock the body’s innate ability to repair damaged or diseased tissue—adding to an expanding core of soft-matter engineering expertise at Duke.

Absent some sort of genetic defect, everybody in the world has amazing abilities to heal themselves. The regeneration process, however, can be hindered by a wide variety of obstacles. Diseases can suppress the biological signals or disrupt the physical support systems needed for a speedy recovery. The body’s own immune system can overreact to damage, causing obstructive inflammation. Even the natural aging process slows down the healing process.

“Everyone has seen children who get hurt and then are jumping around again the next day,” said Segura, who joins Duke’s faculty from the University of California – Los Angeles (UCLA). “But when adults get hurt, it takes a while before we’re up and about again. One of the things that changes with age is the matrix that surrounds and supports all of the cellular functions of our organs and tissues. This material gets old. But we think we can engineer an artificial material to make the body act young again.”

This artificial material creates an environment that helps local, native stem cells do their best work to promote healing—providing the physical structure as well as the biological cues that encourage cells to grow. Because the material is made of natural substances, it breaks down and is removed by the body as the tissue heals around it.

Segura’s lab is currently researching the use of this healing material in two areas—the skin and the brain.

For skin healing, Segura and a team of colleagues formed a spinout company called Tempo Therapeutics that is focusing on hard-to-treat wounds such as those that can lead to amputations. Early tests already show that the technology can help wounds heal four times better within the first week after an injury. And because skin treatments are relatively easy to move through the FDA approval process, Segura hopes to see products hit the market within the next couple of years.

Brain healing, however, is not nearly as simple. Segura has already shown success in helping young mice repair brain damage after a stroke. This is a best-case scenario, however, as older mice do not heal as well and most victims of stroke often have secondary conditions that impair their ability to heal.

Besides conducting tests on more difficult mouse models, there is also the small hurdle that such a technology has never been approved by the FDA for use in humans.

“Nobody has tried to get FDA approval for a brain-healing approach like this before, so we’d be moving into uncharted territory,” said Segura. “That’s part of the reason I’m excited about coming to Duke. There’s a substantial track record for moving technologies from the laboratory to the clinic, and there are already systems in place for the testing that might be required for my technology.”

Segura—who has been named a Duke MEDx Investigator in recognition of her work spanning engineering and medicine—also cites the large number of faculty at Duke who are interested in her specialty as the reason for her move. While UCLA has an excellent program in developing healing treatments that introduce new stem cells, Segura’s work recruits the body’s more plentiful endogenous stem cells instead, making the technology easier to translate into a clinical setting.

Segura says she is also excited to work with both graduate and undergraduate students at Duke. For most of her career, she has filled her laboratory exclusively with students, only recently hiring postdocs to expand the expertise and mentorship available to her researchers in training.

“When students first start out they’re young and excited. They think everything is just about the coolest thing they’ve ever seen,” said Segura, who also runs a summer research program for underrepresented minority students in her laboratory. “That eagerness helps them come up with ideas that I never would have thought of and helps keep me energized. I’m excited to work with the different students Duke has to offer and see what we can achieve together.”