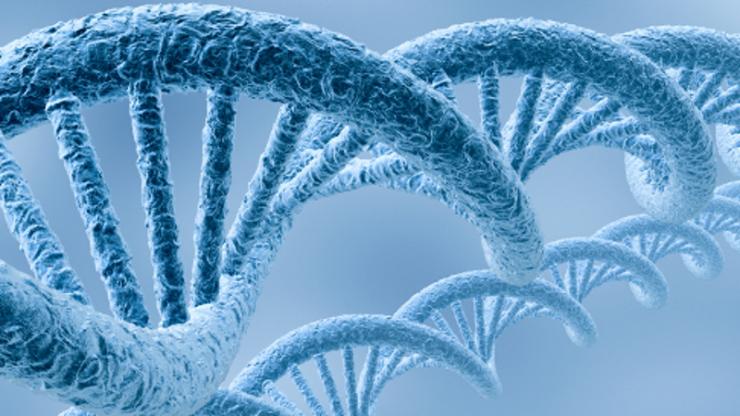 The study appears online on February 18in the journal Nature Medicine.

In 2016, Charles Gersbach, the Rooney Family Associate Professor of Biomedical Engineering at Duke, published one of the first successful uses of CRISPR to treat an animal model of genetic disease with a strategy that has the potential to be translated to human therapy. Many additional examples have since been published, and several genome editing therapies targeting human diseases are currently in clinical trials, with more on the way.

Gersbach’s latest research focuses on a mouse model of DMD, which is caused by the body’s inability to produce dystrophin, a long protein chain that binds the interior of a muscle fiber to its surrounding support structure. Dystrophin is encoded by a gene containing 79 protein-coding regions, called exons. If one or more exons are disrupted or deleted by an inherited mutation, the chain does not get built, causing muscle to slowly shred and deteriorate. Most patients are wheelchair-bound by age 10 and don’t live beyond their 20s or early 30s.

Gersbach has been working on potential genetic treatments for Duchenne since 2009. His lab was one of the first to begin focusing on CRISPR/Cas9, a modified version of a bacterial defense system that targets and slices apart the DNA of invading viruses. His approach uses CRISPR/Cas9 to snip out dystrophin exons around the genetic mutation, leaving the body’s natural DNA repair system to stitch the remaining gene back together to create a shortened -- but functional -- version of the dystrophin gene.

“As we continue to work to develop CRISPR-based genetic therapies, it is critical to test our assumptions and rigorously assess all aspects of this approach,” Gersbach said. “A goal of our experiments was to test some ideas being discussed in the field, which will help us understand the potential of CRISPR to treat genetic diseases in general and Duchenne muscular dystrophy in particular. This includes monitoring the long-term durability of the response in the face of potential immune responses against the bacterial Cas9 protein.”

The first eight-week study demonstrated that functional dystrophin was restored and muscle strength increased. It did not, however, explore the long-term durability of the treatment.

“It is widely believed that gene editing leads to permanent gene correction,” Gersbach said. “However, it’s important to explore theoretical possibilities that could undermine the effects of gene editing, such as losing treated cells or an immune response.”

The goal of the new study was to explore factors that could alter the long-term effects of CRISPR/Cas9-based gene editing.

Christopher Nelson, the post-doctoral fellow in Gersbach’s lab who led the work, administered a single dose of the CRISPR therapy intravenously to both adult and newborn mice carrying a defective dystrophin gene. Over the course of the following year, researchers measured how many muscle cells were successfully edited and what types of genetic alterations were made, as well as the generation of any immune response against the bacterial CRISPR protein, Cas9, which acts as the “scissors” that makes cuts to the genome.

Other studies have reported that the mouse immune system can mount a response to Cas9, which could potentially interfere with the benefit of CRISPR therapies. Several groups have also reported that some people have preexisting immunity to Cas9 proteins, likely because of previous exposure to the bacterial host. 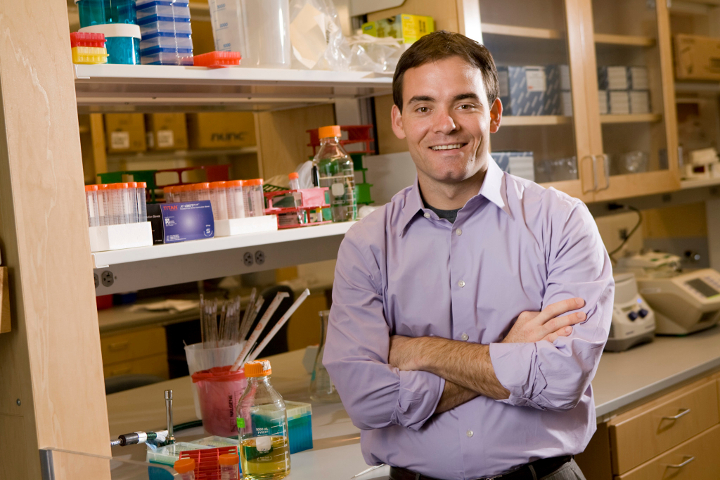 “The good news is that even though we observed both antibody and T cell responses to Cas9, neither appeared to result in any toxicity in these mice,” said Nelson. “The response also did not prevent the therapy’s ability to successfully edit the dystrophin gene and produce long-term protein expression.”

The results also suggested approaches to address potential challenges, should they arise in the future. For example, the researchers observed that when two-day-old mice without fully developed immune systems were treated intravenously, no immune response was detected. The CRISPR genome editing remained stable and, in some cases, even strengthened over the course of a year. One could imagine delivering the therapy to infants as a method of circumventing or modulating an unwanted immune response.

Gersbach and Nelson acknowledge, however, that the mouse immune system often functions quite differently from the human immune system. And newborn screening for DMD is not currently widely performed; most Duchenne diagnoses occur when children are three to five years old. To address this challenge, Gersbach said suppressing the immune system during treatment may be a viable approach.

The researchers are also investigating potential strategies to restrict the expression or delivery of Cas9 to only the muscle cells for short durations, which may lessen immune detection.

“We were pleased to observe that all the mice were doing well a year after treatment, but our results show that there needs to be more focus on the immune response as we move toward larger animal models,” Nelson said.

Nelson and Gersbach have previously investigated the potential of off-target editing by CRISPR/Cas9 to unintentionally modify other sites in the genome and reported minimal activity at likely off-target sites. Other recent studies, however, have reported that CRISPR can sometimes make genetic edits at the correct site but not in the intended manner. For example, some studies have shown that CRISPR can cut out genetic sections much larger than intended or that pieces of DNA can embed at the site of the cut. These types of edits had previously been unreported in genome editing studies because the methods being used only detected the intended edit.

To comprehensively map all the edits occurring in the dystrophin gene, Nelson used a DNA sequencing approach that agnostically reports any type of edit. Surprisingly, there were many types of edits being made in addition to the intended removal of the targeted exon, including a high level of insertion of DNA sequences from the viral vector encoding the CRISPR/Cas9 system.

Depending on the type of tissue and the dosage of CRISPR delivered, as many as half of the on-target edits resulted in these alternative sequence changes. Although this result was surprising, the unintended sequence changes do not appear to impact the safety or efficacy of this CRISPR/Cas9 gene editing approach for DMD.

“None of these edits would necessarily be a cause for concern in this case because the dystrophin gene is already defective,” said Nelson. “That being said, any unintended results could potentially take away from the efficiency of the gene editing you’re trying to achieve, which supports the importance of designing ways to objectively identify and mitigate alternative edits in future studies.”

“Previous studies suggested that some of these other types of edits could happen,” Gersbach said. “But this is one of the first comprehensive measurements of these events in an animal model using a therapeutically relevant approach. Moving forward, this phenomenon needs to be monitored carefully and better understood. Methods that avoid these alternative edits and increase the frequency of the intended edit will be important to maximizing the potential of genome editing to treat disease.”