With more than $6 million in funding, Tatiana Segura will explore how to use biomaterials to heal damaged brain tissue after stroke and skin tissue after injury 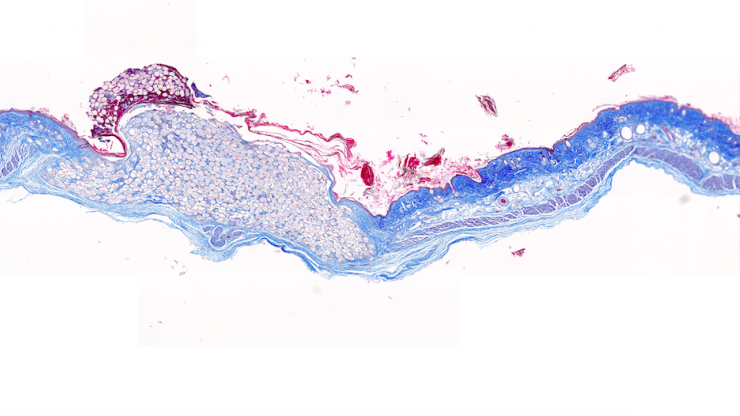 Tatiana Segura, a professor of biomedical engineering at Duke University, has been awarded three National Institutes of Health (NIH) R01 grants totaling more than $6 million in funding to develop biomaterials-based therapies to help heal the body after injury.

The R01 grants––among the largest and most competitive offered by NIH, with only one in five proposals awarded funding––will further the Segura lab’s work to engineer new biomaterials that aim to harness the body’s own immune response to promote a process called endogenous repair and regeneration. In damaged brain tissue, this translates to the growth of new neurons and blood vessels, while in skin, new hair follicle and sebaceous gland growth minimizes scarring. 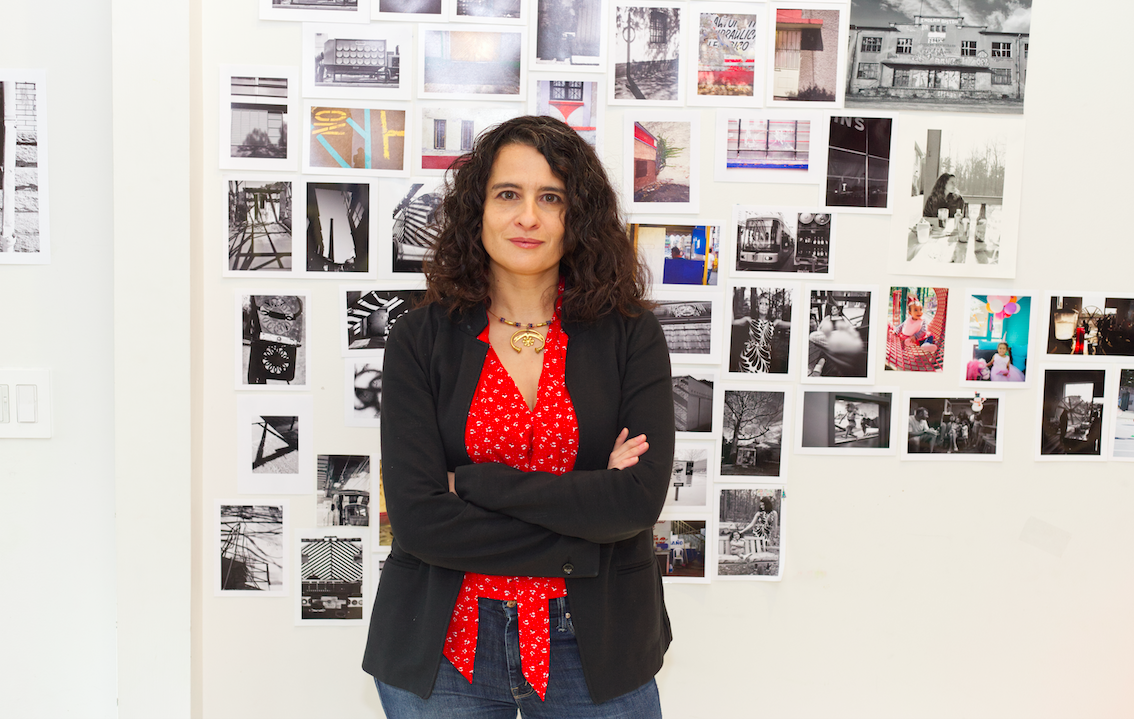 “Immediately following a stroke there is a window of time when the body is trying to repair itself, just like with any wound,” says Segura, who is also a MEDx Investigator with joint appointments in Duke’s Department of Neurology and Dermatology. “We want to encourage the formation of new connections to help the brain rewire itself to compensate for the damage and relearn some of the functions it had before the stroke.”

When a blood clot blocks one of the arteries in the brain, it cuts off both flow and oxygen, resulting in an ischemic stroke. If the artery is blocked for more than a few minutes, the neurons and surrounding tissue in the brain begin to die, which can affect a person’s speech, mobility, and strength, and even lead to death. The current treatment for ischemic stroke involves trying to resume blood flow as quickly as possible by either physically removing the clot or using enzymes to dissolve it. However, there are currently no treatment options that can help heal the tissue that was damaged, and a stroke victim must usually undergo months of intensive physical therapy to regain mobility and speech after such an event.

In their first project, Segura and her lab will inject a biomaterial into the cavity of dead tissue left by the stroke in mice. The material will thicken and mimic the surrounding brain tissue, providing a scaffold to support the growth of new neurons and blood vessels into the cavity.

In their second R01 grant, the team is building upon their previous work in an attempt to develop a new biomaterial--a hydrogel laced with a pro-growth protein called VEGF--to create new blood flow in the brain. Previously, they explored how to deliver the correct amount of VEGF into the stroke cavity without forming weak or leaky blood vessels. In the new project, the team is working to better understand the chemical mechanisms by which VEGF promotes healing in order to improve the next iteration of the gel. 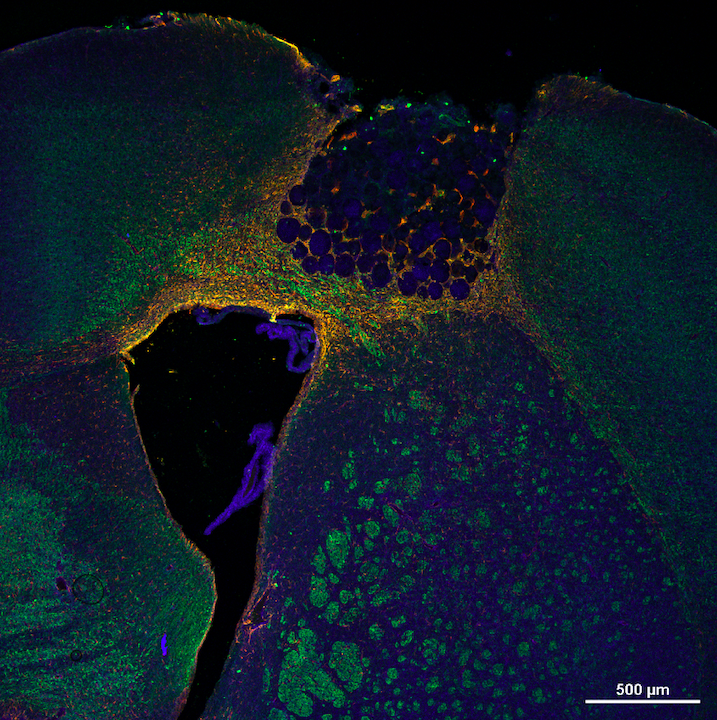 While there is a lack of therapies that promote repair in the brain, there is a plethora of products available to help heal injured skin. However, the field is still searching for treatments that can target hard-to-treat wounds and promote the growth of normal, regenerated tissue rather than compromised scar tissue.

“The field of skin wound healing is very crowded, but there are many unresolved wounds,” says Segura. “We want to encourage the formation of normal tissue with hair follicles, sweat glands, and other skin architectures to generate mechanically stable tissue.”

In their final project, Segura is teaming up with Joel Collier, an associate professor of biomedical engineering, to investigate how they can use the body’s own immune system to promote skin wound regeneration. Although the natural immune response can fight off contaminants and heal wounds, it can also lead to inflammation. The team aims to guide the immune system to produce only signals that promote repair and not inflammation.

“We’re using biomaterials to generate an immune response from targeted parts of the immune system, specifically B cells and T cells, which can improve wound healing,” says Collier. “This project bridges Tatiana’s tissue repair expertise and the expertise in my lab in controlling the immune response, and we’re both looking forward to this collaboration.”

An R01 grant typically funds research for five years, and they are intended to support a specified project in an area representative of the investigator’s area of interest. Although many researchers earn at least one R01 grant during their career, it’s unusual to be awarded three nearly simultaneously.

“I am very grateful to the National Institutes of Health, the reviewers that took the time to review and understand the merit of our projects, and my lab that make all of these ideas come to life,” says Segura. “I moved to Duke in 2018, and since then I’ve been submitting applications trying to get our research funded, so I’m thrilled that it happened all at once.”