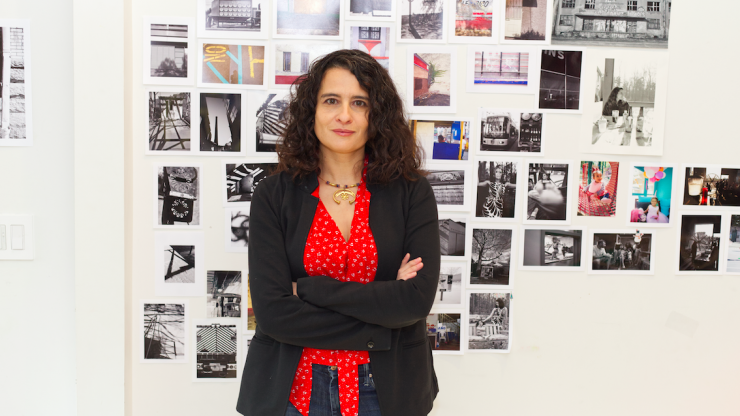 Tatiana Segura received the 2020 Acta Biomaterialia Silver Medal Award. This award is intended to honor and recognize scientific contributions and leadership from academic, industry and public sector leaders in the midst of their careers. Segura, a professor of biomedical engineering at Duke University, was recognized for her work to engineer hydrogel biomaterials that support and promote cell growth, which helps the body repair damaged or diseased tissue.

The Segura lab is pioneering new ways to help the body heal after injury by focusing their work in two distinct areas: the skin and the brain. Segura’s goal is to create biomaterials that can harness the body’s own immune response to promote a process called endogenous repair and regeneration. This approach could support growth of new neurons and blood vessels in damaged areas in the brain, potentially limiting issues caused by strokes and other harmful events. In the skin, this would promote new hair follicle and sebaceous gland growth, which could help minimize scarring.

Segura earned a PhD in chemical engineering from Northwestern University in 2004, where she focused on designing and understanding non-viral gene delivery from hydrogel scaffolds under the supervision of Lonnie Shea. She later pursued post-doctoral training with Jeffrey Hubbell at the Swiss Federal Institute of Technology, where she studied the use of materials for minimally invasive tissue repair. Before joining Duke in 2018, Segura spent 11 years at UCLA. At Duke, she holds joint appointments in biomedical engineering, dermatology and neurology. She was also named a Duke MEDx Investigator in recognition of her work spanning engineering and medicine.

“I am deeply honored to even be nominated to receive this award among so many other deserving scientists,” says Segura. “Receiving the award underscores years of research and dedication to biomaterials science. Throughout my career the Society for Biomaterials and Acta Biomaterialia have been instrumental in the success of my laboratory and giving me so much inspiration for both my research direction and life in general.”

“This award is simply confirmation of something that has long been obvious to me––that Tatiana is a rising star in biomaterials,” says Ashutosh Chilkoti, the chair of Duke BME. “This expertise is the reason why my colleagues and I worked so hard to convince her to join us at Duke, and we’re incredibly grateful for her contributions to the biomaterials community.”

The Acta Biomaterialia Silver Medal Award was established to recognize significant research contributions that are both recent and timely. The award consist of a silver medal, an inscribed certificate and an honorarium of $5000.