According to the Centers for Disease Control and Prevention, more than 15 percent of the U.S. population––approximately 37 million people­­––have the disease. When the kidneys are operating correctly, they act like a filtering plant for the body, separating toxins from healthy nutrients and disposing of waste. But when kidney function is compromised, those toxins can back up in the system, leading to heart attacks and heart failure, high blood pressure and neurological issues. 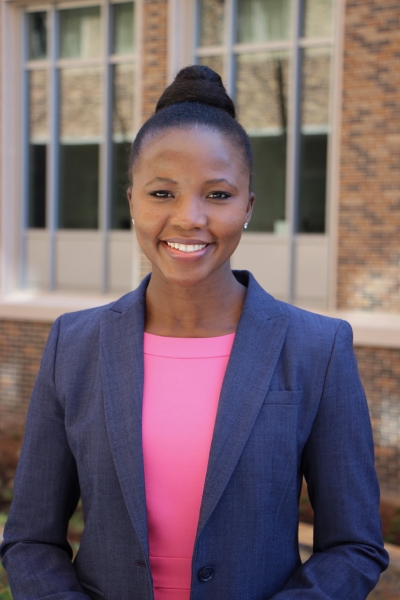 Although the issue is incredibly prevalent, as many as nine out of 10 adults with kidney disease are unaware they have any kidney problems, as they exhibit very few, if any, signs or symptoms until kidney function is significantly impaired. This delay often means that patients must go through kidney dialysis, and eventually need a kidney transplant.

Both the prevalence and difficulty in diagnosing kidney disease proved to be an intriguing problem for Musah. During her post-doctoral fellowship at Harvard University, Musah was involved in a project to create various organ-on-chip platforms to model different organs throughout the body. Through this project, she realized that it was especially difficult to create a working model of the human kidney.

“I quickly learned that one of the reasons we couldn’t make great models of kidneys was because we didn’t have access to a reliable source of kidney cells,” says Musah. “You couldn’t get cells from patients, as that would involve a really invasive process, so instead we were collecting cells from kidneys that were either already unhealthy or from organs that were rejected from transplantation.

“It’s tough to use these samples to create healthy kidney models when the kidneys they came from didn’t work normally to begin with,” she says.

Instead, Musah was curious if she could use her background in stem cell biology to create functional kidney cells out of pluripotent stem cells. 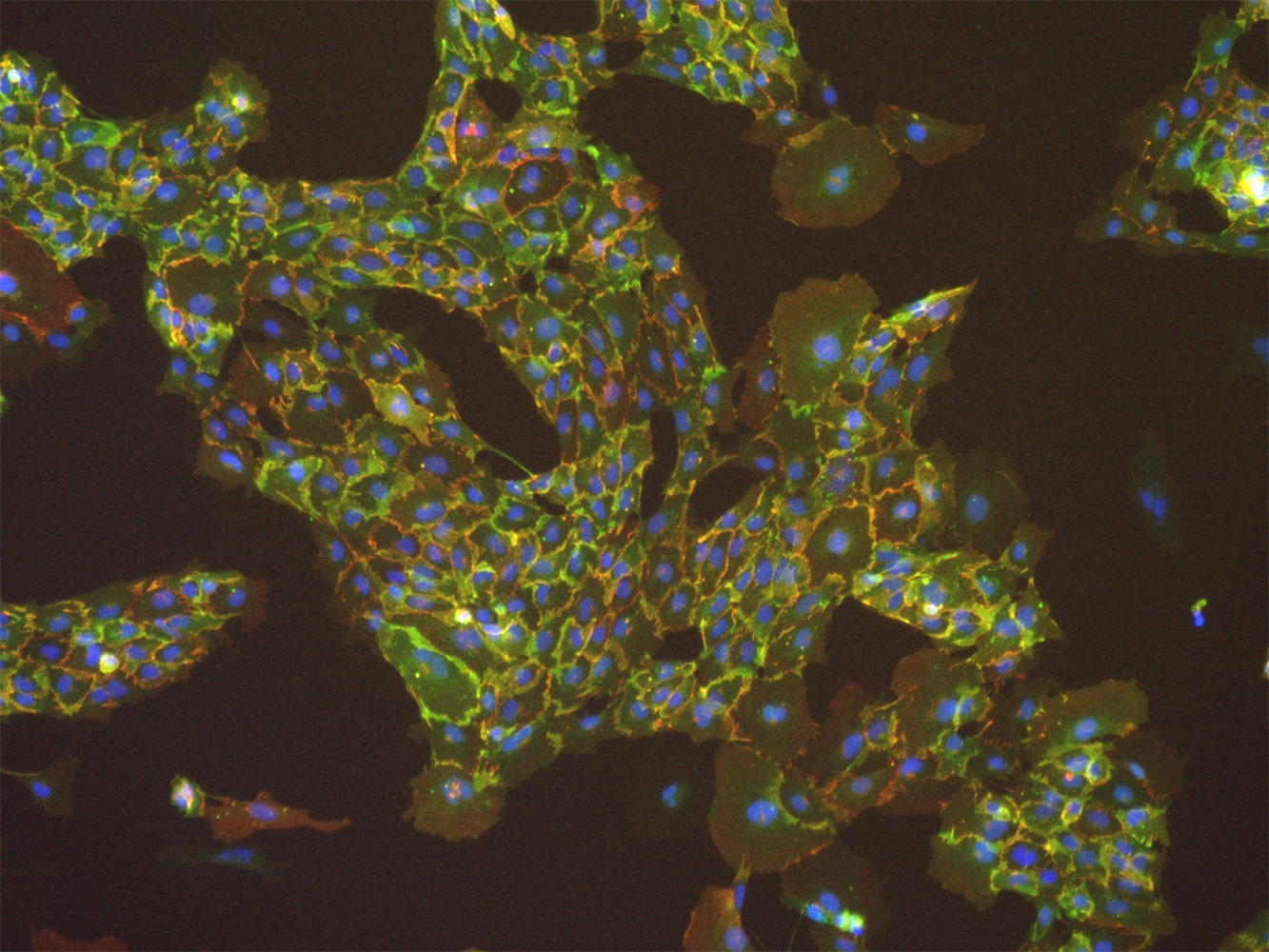 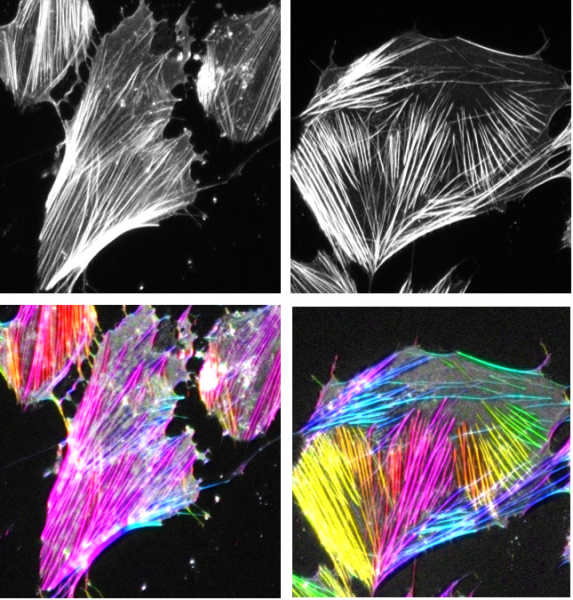 “It actually started out as a side project during my post-doc, but I was really excited about it and I poured a lot of my energy into it,” says Musah. “I was able to create a new method that allowed us to differentiate human pluripotent stem cells into a specialized epithelial cell in the kidney. These cells are important because if they are damaged then the patient is more likely to progress to kidney failure and end-stage kidney failure, which is when people would need dialysis or a transplant. It was a cell that was a significant factor if we wanted to create a model for kidney disease.”

Being able to turn stem cells into healthy and functional kidney cells allowed Musah and her team to create a new model of the kidney, where they could begin answering long-standing questions about how the kidneys develop and what biological changes occur in the organs to trigger kidney disease. Establishing a functional platform also allowed them to identify and test possible therapeutics for the global disease––something that’s been extremely difficult to accomplish.

Since joining Duke in 2019, Musah has used her dual roles in the department of biomedical engineering and the nephrology division at Duke Health to advance this work. As her lab has grown, they’ve continued to explore how they can create new organ-on-a-chip models that are both more efficient and effective. 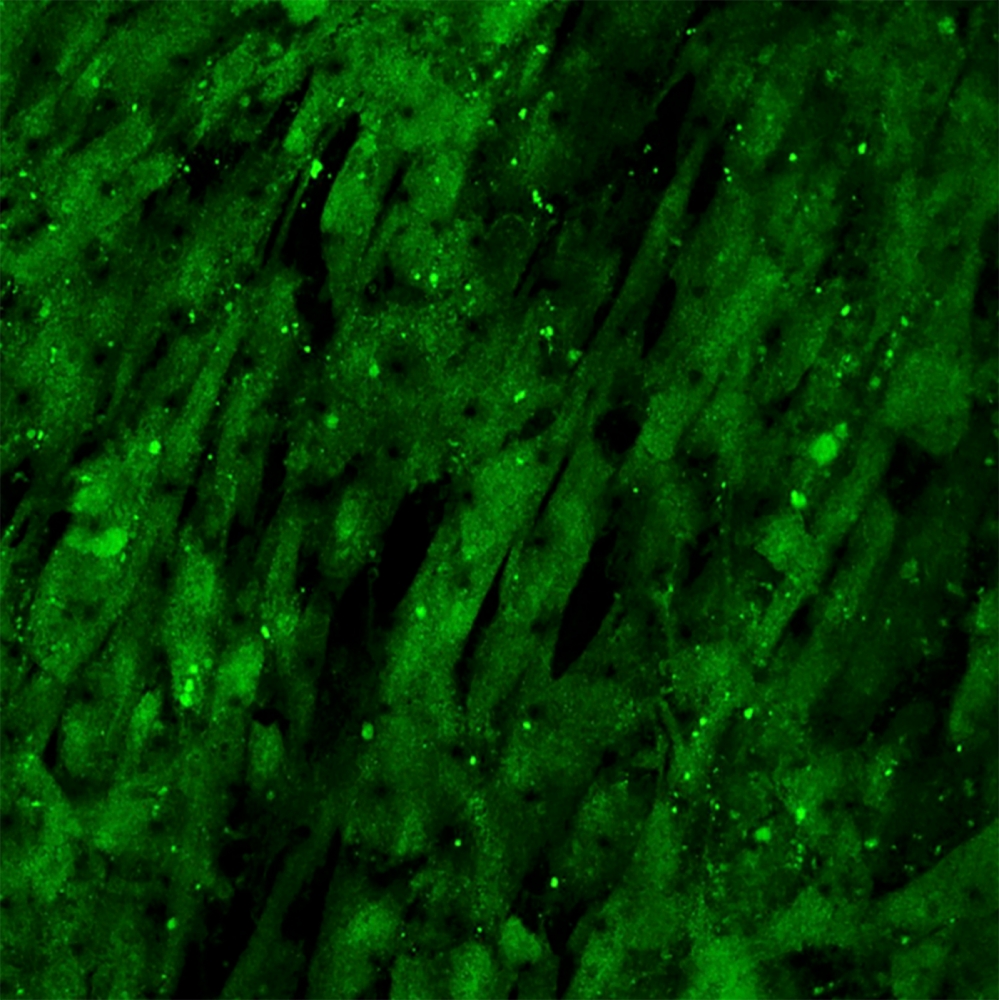 Human podocytes, a type of kidney cell, in an organ-on-chip device 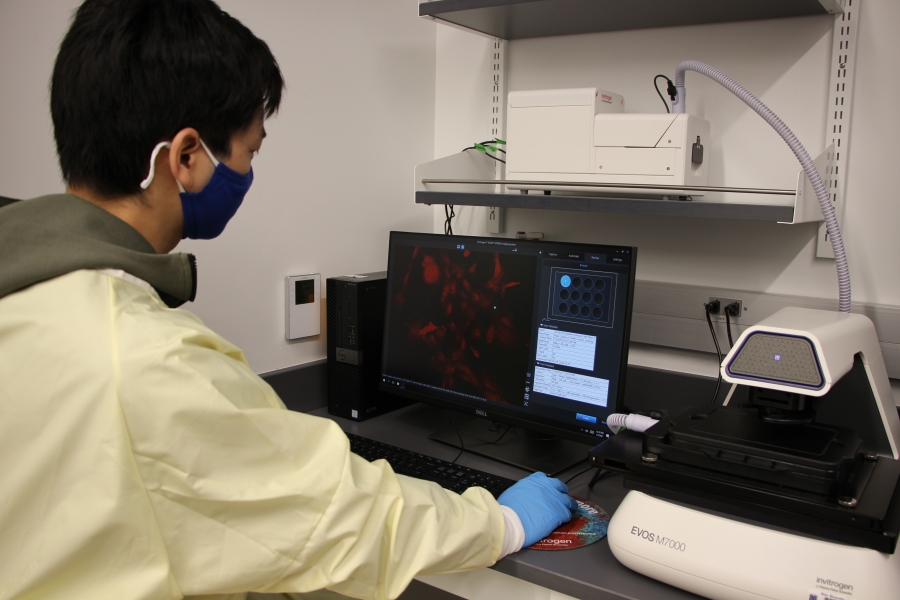 Their work was put to the test in the spring of 2020, when Musah attended a virtual symposium where physicians presented research that described how patients who never had any kidney-related issues were experiencing kidney disease or kidney failure after being infected with SARS-CoV-2, the virus that causes COVID-19.

“It was shocking to hear doctors describe how patients that were perfectly healthy needed to go on dialysis after contracting COVID-19,” says Musah. “There were also reports that showed that patients with acute kidney disease were more likely to have a severe reaction to COVID-19.

“All of this piqued my curiosity, and when we were approached by physicians about exploring the connection between the kidneys and COVID we jumped at the chance to use our models to answer this important question.”

When the immune system is responding to a threat, it sends out proteins called cytokines to communicate with immune cells and trigger inflammation. But the immune system can sometimes overreact and flood the bloodstream with too many cytokines, creating a cytokine storm and triggering hyperinflammation. Musah and her lab wanted to explore whether the virus was directly affecting the kidneys, or if a cytokine storm was damaging the organs. 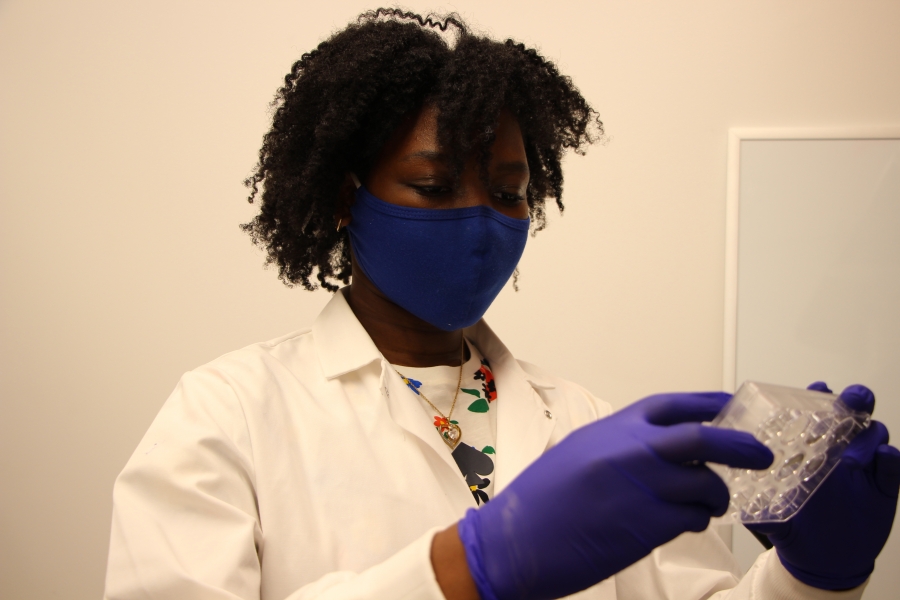 “We used a pseudo-virus to conduct our tests, and we actually showed that the virus can bind directly to the kidneys,” says Musah. “We then worked with researchers in the Duke Human Vaccine Institute, and they used our model to show that the SARS-CoV-2 virus was directly binding to the kidney cells. We were really excited about having an in-vitro model that was directly relevant for occasions like this.”

Musah credits the collaborative nature of Duke for her success, especially in the face of unprecedented global challenges.

“Our platform allows us to answer all of these questions about kidneys and kidney disease that we haven’t previously been able to explore, and I think Duke is a wonderful environment to pursue this work because it’s so collaborative,” says Musah. “We can easily work with researchers in the Human Vaccine Institute or with virologists and experts in infectious disease through Duke Health, and this kind of teamwork allows us to tackle a prevalent and damaging issue like kidney disease head-on.” 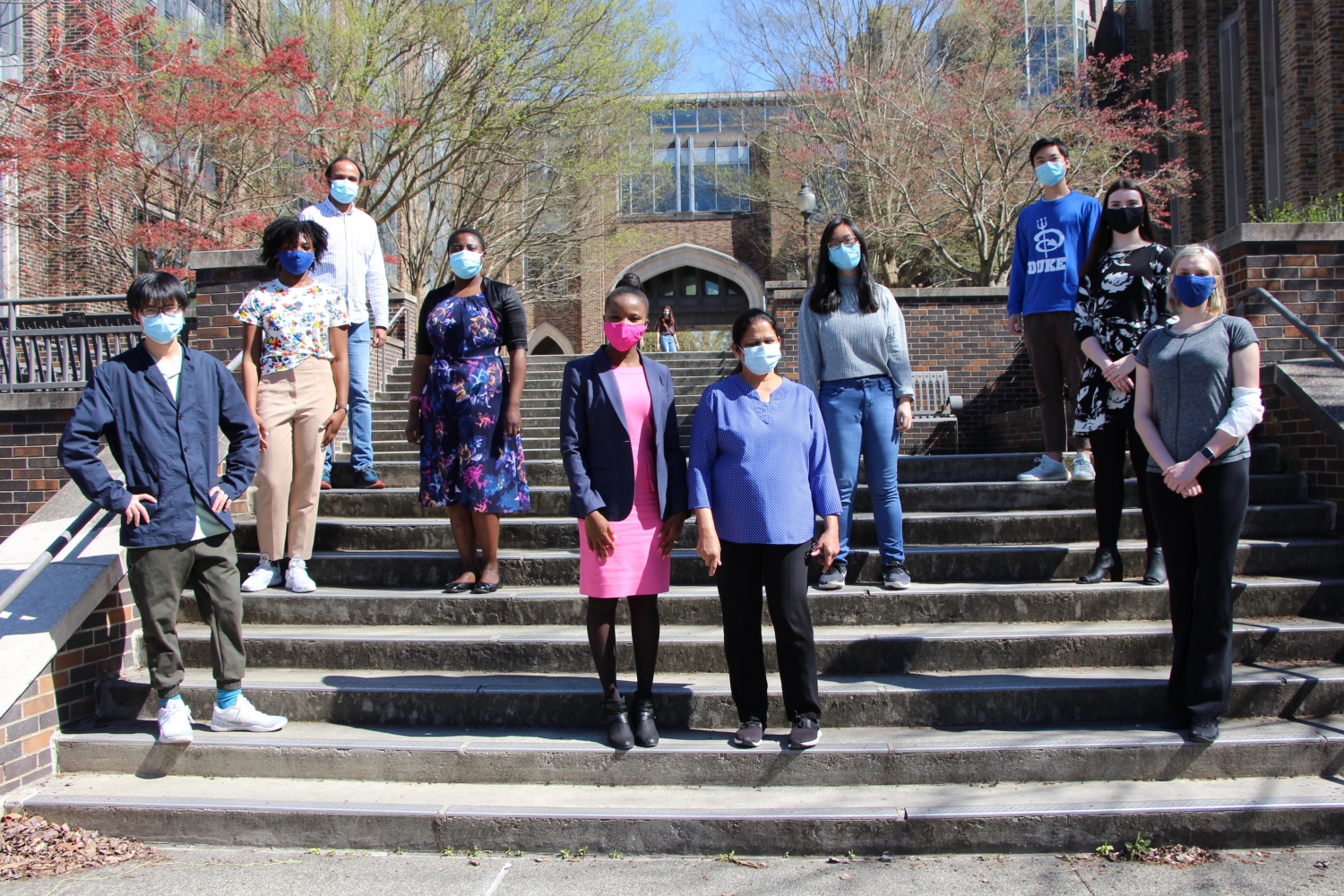 Members of the Musah lab pose in an 'M' formation outside