Marc Sommer works with circuits, but not the ones that involve wires, microchips or capacitors. Instead, Sommer, the W.H. Gardner, Jr. Associate Professor of Biomedical Engineering at Duke University, explores the circuits that make up the body’s most complex organ­­—the brain. The brain is made up of 86 billion neurons, and these cells communicate via electrical and chemical signals. They are responsible for controlling everything from the simple act of blinking to the still-mysterious task of processing memories. Researchers and physicians have long been working on ways to decode these signals, with approaches ranging from directly measuring electrical activity in individual neurons to creating sensors that flash when many neurons are activated.

In his lab at Duke, Sommer combines his expertise in neuroscience, engineering, and neurobiology to study how neurons across different brain areas can talk to each other, and how these circuits enable us to think, move and perceive the world. 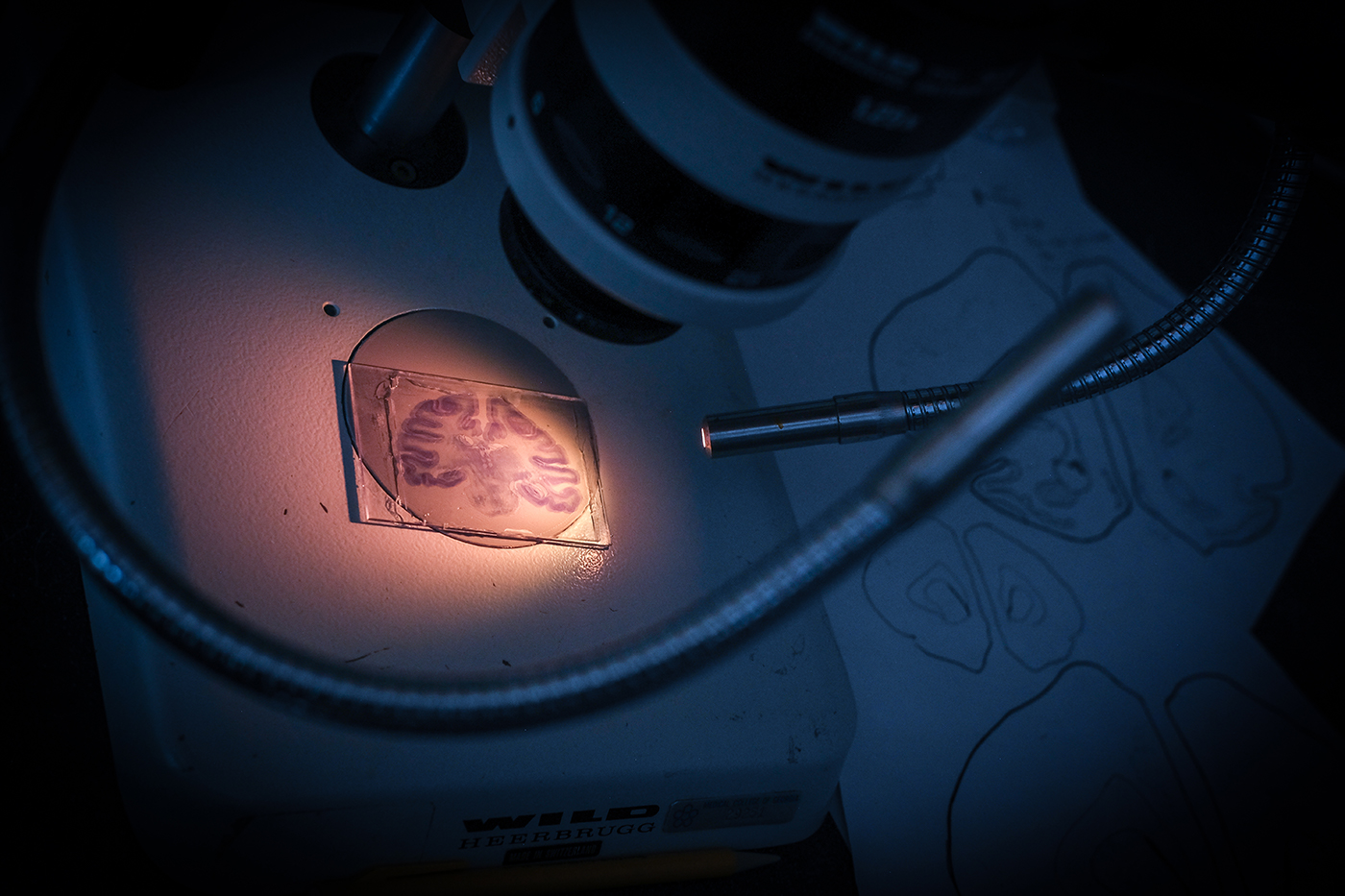 A slice of a brain is displayed under a microscope. Credit: Jessi Cruger

Controlling and Lighting Up Brain Activity

One of the most revolutionary advances in the field of the past decade is a technique called optogenetics. It involves delivering genes to produce the protein opsin, which is related to a protein found in the retina that can detect light. By inserting opsin genes into specific types of neurons, researchers can precisely control activity in the brain by activating or deactivating targeted cells.

“Once we can control these neurons, we can activate or inactivate them to study what they do,” Sommer explains.

A related technique uses the same principles but inserts genes for designer receptors that are not naturally found in neurons. With this chemogenetic approach, molecules instead of light can be used to turn on and off neurons of precisely selected types. Whereas optogenetics works at superfast time scales, chemogenetics has the staying power to influence circuits over many minutes, which can be crucial for studying impacts on behavior.

Both of these specialized genes, coding for light sensors or designer receptors, can be introduced to the brain using modified viruses. These viruses have been programmed so they don’t replicate like standard viruses, but instead act like a delivery system. While this method has been highly effective in small animal models, it doesn’t work as well in the primate brain, which is about 200 times larger than the rodent brain and equipped with stronger defenses.

“Primates have a much more sophisticated immune system, which can more effectively destroy these viral delivery methods,” says Sommer. “If we are going to make any advances in studying the primate brain, we need to tackle this problem head-on, so my lab is collaborating with experts in virology and human gene therapy to develop more effective delivery vectors.”

Since starting the project four years ago, the team—led by postdoctoral fellow Martin Bohlen—is optimizing several viruses identified as promising delivery candidates. They are also developing immunosuppressive approaches that help mitigate the primate immune response. Establishing this groundwork is a critical step for making optogenetics and chemogenetics routine methods for primate neuroscience, which could then translate directly to new clinical therapies.

The Circuit Less Looked At

When neuroscientists examine how the brain processes visual information, they typically focus on a neuronal circuit that projects from the retina to the thalamus and the visual cortex in the back of the brain. That circuit was the first visual system to be described in primates and has clear links to perception and decision-making. But Sommer and a collaborator in the Department of Neurobiology, Greg Field, wondered why a second pathway from the retina was being neglected: just as many retinal cells connect to the brainstem, which is responsible for the body’s subconscious behaviors, like breathing, circulating blood, and regulating temperature.

This circuit is much more difficult to reach and control with current viral delivery tools due to its location. In primates, it has barely been explored. Sommer and his colleagues are applying their new viral technologies to describe the circuit comprehensively and see if it plays any role in attention deficit disorders, as it connects the retina directly to a structure associated with subconscious behavior.

“We had a nagging question of why this big visual input is going to the brainstem, specifically to an area called the superior colliculus,” says Sommer. “That area helps us detect things in the world and orient our body to look at them. That clearly involves attention. Our hypothesis is that this pathway could be damaged in people with attention disorders, as they are more easily distracted. Our goal is to use these evolving viral delivery methods to finally begin exploring it.” 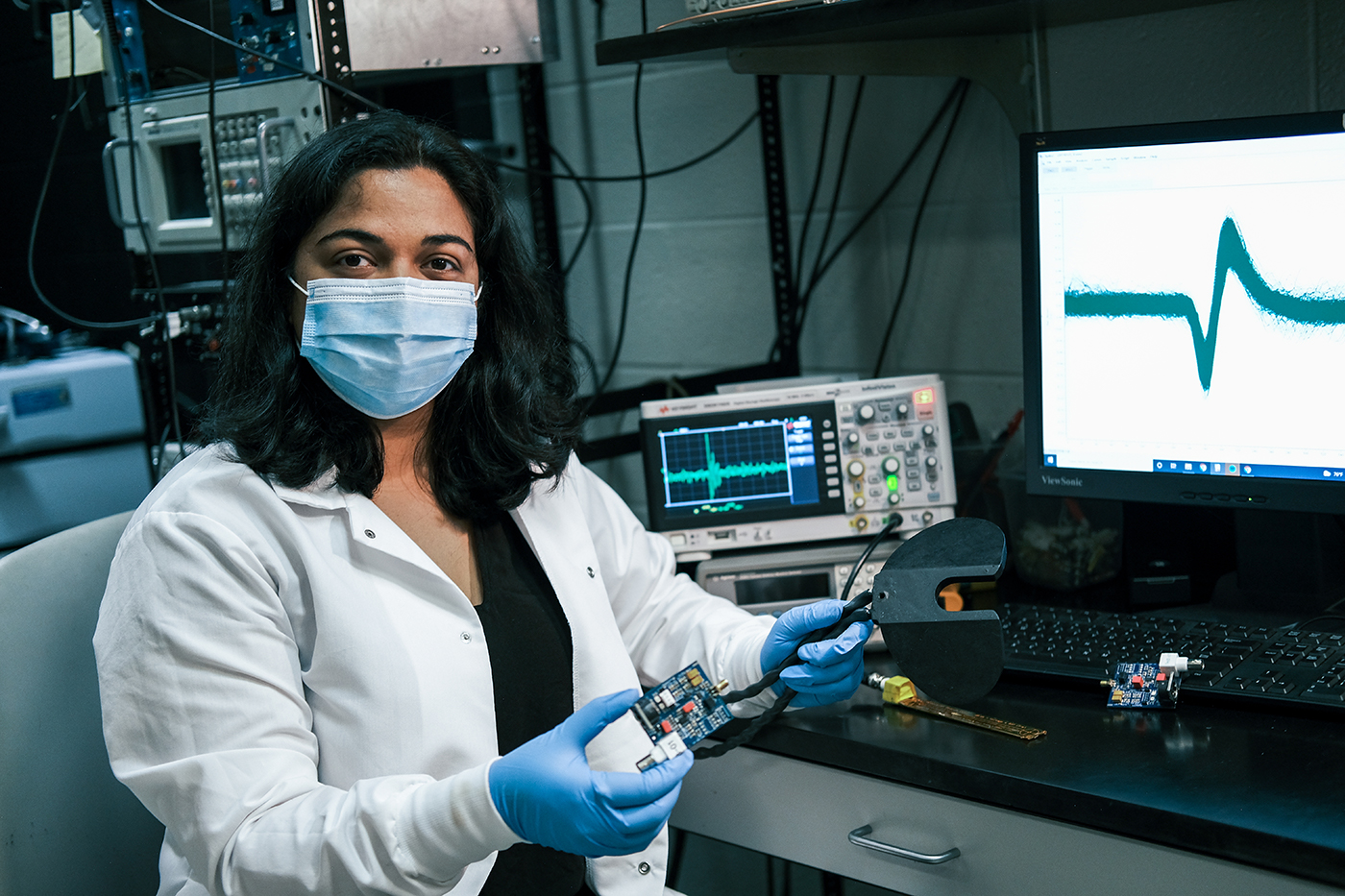 Sommer and his lab are also actively working on projects involving transcranial magnetic stimulation, or TMS. During this procedure, an electrical current is pulsed through a coil, which creates an electromagnetic field. If the coil is placed close to the head, the field can pass through the skull and stimulate neural activity across the brain, non-invasively and painlessly.

“TMS is FDA-approved to treat long-term depression, OCD and other psychiatric disorders. But the standard treatment techniques have mostly been arrived at through trial and error because we don’t know the ins and outs of what it’s doing to neurons,” Sommer says. “We want to understand exactly what TMS does to different types of neurons, and how it affects broader circuits in the primate brain.”

The challenge to this, however, is that laboratory instruments such as computers and electrical sensors are also affected by large electromagnetic fields. But in a project that was highlighted in Nature Neuroscience, Sommer and his collaborators Warren Grill and Angel Peterchev engineered a setup that allowed them to use electrodes to directly measure the response of individual neurons to the treatment. A second generation system is currently being refined by Sommer lab PhD student Raveena Kothare. These engineering successes have laid the groundwork for understanding the larger physiological effects of TMS.

Most recently, Sommer and his team have been exploring how varying levels of neural activity can affect TMS. Their hope is that this will help scientists understand if the state of the brain at the time TMS is applied—the ongoing level of neural activity—is important for making TMS more effective.

“Understanding the small and large physiological effects of TMS are building blocks that will hopefully help us optimize the therapy,” says Sommer. “My lab’s long-term goal is to tie all of our lines of research into a synergistic research program, so every level of success is a step toward that goal.” 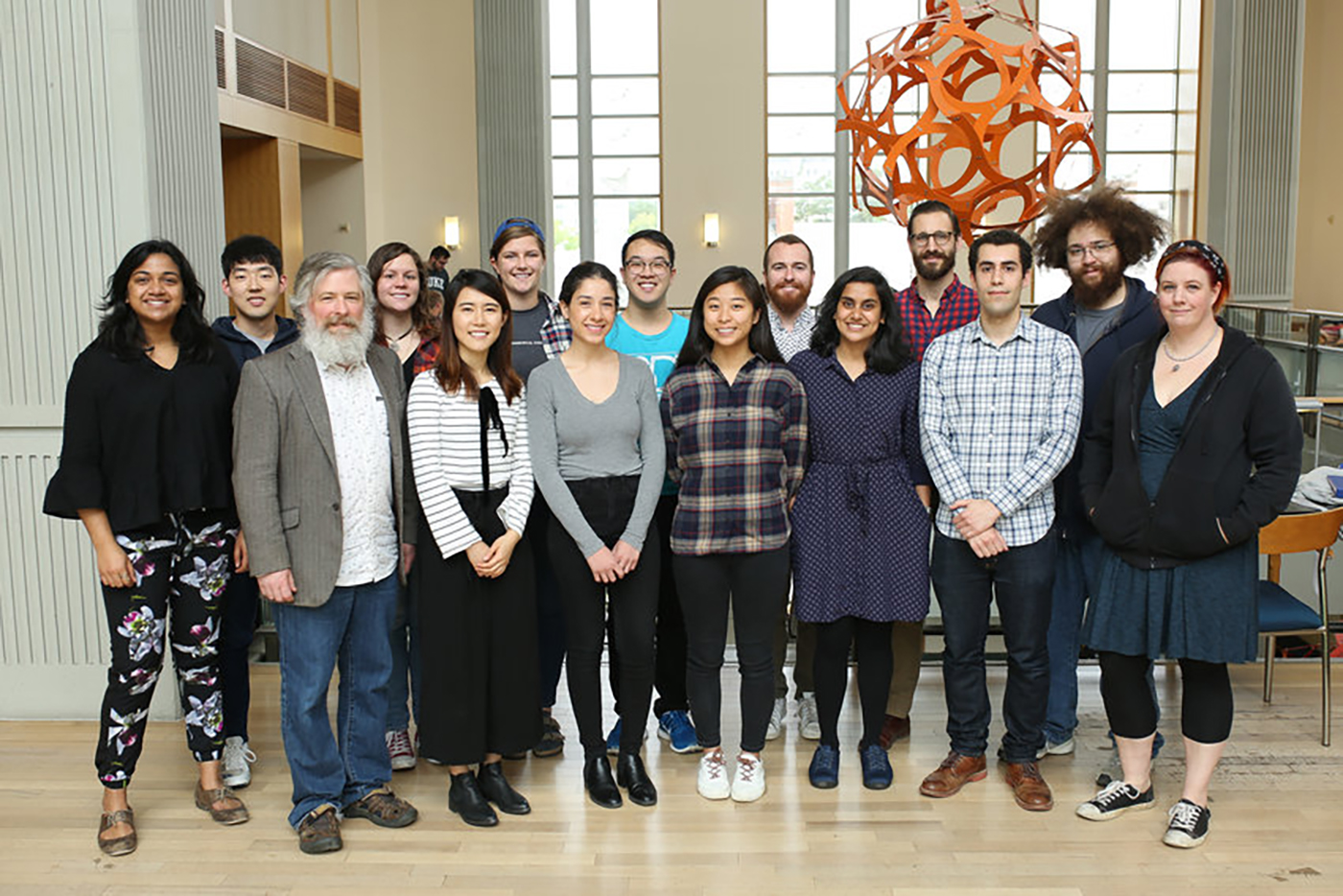