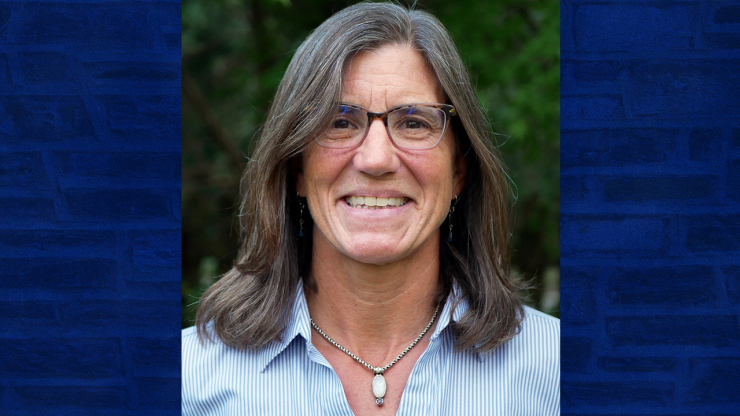 The special award was established to recognize researchers who have significantly contributed to the growth and development of diagnostic ultrasound. The award was created in 1982 to honor Joseph H. Holmes who studied how ultrasound could be used to characterize tissue and to diagnose polycystic kidney disease and orthopedics.

As a key figure in Duke Biomedical Engineering’s ultrasound group, Nightingale was a pioneer of the development of Acoustic Radiation Force Impulse (ARFI) imaging, which uses ultrasound to assess the elasticity of target tissues. As a graduate student at Duke, Nightingale showed how high-intensity ultrasound pulses could be used to differentiate solid lesions from cysts. Nightingale and her team also designed the algorithms and pulse sequences that form the basis of shear wave elasticity imaging (SWEI).

Although Nightingale initially explored how this technique could be used to characterize breast lesions as benign or malignant, her lab was a fundamental driver of the development of shearwave imaging to quantify liver stiffness.  Her team was the first to demonstrate SWEI quantification of liver stiffness in humans in vivo, a technique that is now used for staging liver fibrosis. These imaging tools have been so successful that they have been able replace invasive and uncomfortable liver biopsy procedures for many patients. Nightingale is now pursuing projects that explore how the imaging modality could be used to guide prostate cancer biopsies and focal therapies, and to diagnose muscular dystrophies and myopathies and to assess these patient’s responses to treatments.

Nightingale is a fellow of the National Academy of Inventors and the American Institute for Medical and Biological Engineering.

“I am truly honored and humbled to have been selected for this award,” says Nightingale. “To have our work recognized in this way supports the impact that it has had which is both gratifying and highly motivating.  It would not have been possible without the support and effort of the many people comprising the research team in the Duke Ultrasound group and our wonderful clinical collaborators in the Duke Medical Center.”