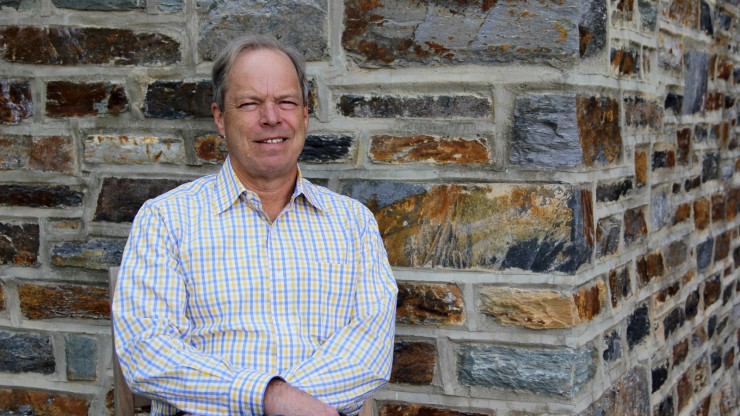 Google ‘Entrepreneur in Residence (EIR)’ and you will get a varied set of skill requirements with phases like venture capital, startups, seed funding, spin-offs, and so on.

As a venture capitalist, the objective is to look at deals that come their way and make a determination as to the strength of the technology and management team.  If they like the idea and managers, it’s a good indicator towards investment.

However, for an EIR this notion is flip-flopped—they already like the tech and the team; it’s more about choosing the right investment vehicle.

For Pratt’s Biomedical Engineering (BME) Chair Ashutosh Chilkoti asking a former BME graduate, John Oxaal, to become Pratt’s first EIR was an easy choice. With an undergraduate degree in BME from Duke, an MBA from the University of Chicago, and experience as both an entrepreneur and a venture capitalist, he had the perfect skillset to help catalyze new startups around BME technologies.

In the early 90s, Oxaal worked with Professor Olaf von Ram to help form Volumetrics Medical Imaging, which developed the first real-time 3-D ultrasound machine. Oxaal stayed with Volumetrics until ’99 before moving to the west coast to work at Sevin Rosen Funds as a venture capitalist.

“I knew John would be an excellent candidate to help expand BME’s knowledge and technology,” Chilkoti said. “As a Duke BME alum, and with previous Duke start-up experience, I knew he could guide us through the process of transferring BME’s innovative research to the market.”

Soon after taking on his position as an EIR, Oxaal landed on the gene editing research of Professor Charles Gersbach and his colleagues Greg Crawford, Tim Reddy, and Kris Wood.

In 2015, through his role as the Duke BME EIR, Oxaal helped Gersbach, et al. found Element Genomics, a Duke startup developing a suite of technologies for understanding gene regulatory elements, such as CRISPR gene editing technologies, to identify new drug targets for common diseases. Oxaal would later become the CEO of Element.

“As academics interested in translating our work to the biotech industry, it was critical to have a veteran entrepreneur like John to guide us through the unfamiliar territory of founding a company, licensing technology, and setting up operations outside of a university,” Professor Gersbach said of Pratt’s EIR. “Another critical factor to making this all possible was the incredible responsiveness we received from Duke’s OLV. They were diligent in every step of the process from protecting and managing the IP to participating in final license and contract discussions.”

The Coulter Foundation is directed by veteran entrepreneur Professor Barry Myers. Myers saw much potential in the Element team and pushed hard to get them to move forward with their idea.

Now the company has moved on to further success with the acquisition announcement this month by UCB, a global biopharmaceutical company based in Belgium with a clinical development office in Raleigh.

“We at Element are thrilled that UCB shared our vision for treating disease through knowledge gained through functional genomics and the vast and largely unexplored biology of the epigenome.  We believe that together with UCB we can much more quickly harness the power of this approach”, Oxaal said. “Duke’s emphasis on entrepreneurship and engagement with industry has paved the way towards research that can powerfully inform today’s drug development process.”

The Element team will continue to work in Durham closely with UCB’s genomics research arm employing eight Duke graduated students and continuing its collaboration with the Gersbach, Reddy, Crawford, and Wood labs at Duke.

“Duke has made a significant commitment to improving its tech transfer function and assistance to our startup companies; therefore, we are especially pleased to see these types of successes,” said Robin Rasor, Executive Director of Duke’s Office of Licensing & Ventures (OLV).

On the back of this success, BME and OLV have combined their efforts to make use of OLV’s Mentor-in-Residence (MIR) program, which work under the recently formed Duke New Ventures.

“It is only fitting,” said Rasor, “that OLV and BME have partnered together in the EIR and MIR programs, given that BME is one of the preeminent entrepreneurial departments at Duke.”

“With Robin Rasor at the helm,” said Chilkoti, “Duke has new, progressive leadership at OLV, so it was the perfect time for BME to expand our partnership with them. These and other initiatives on campus promise exciting times for faculty entrepreneurs at Duke.”