Modified from a press release from Rice University 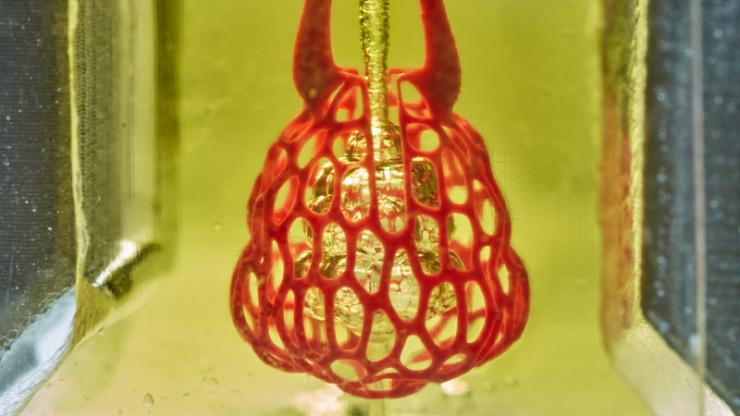 With the help of a dash of turmeric and blueberry, bioengineers have developed a technique for 3D printing complex, interwoven vascular networks that mimic many of the movements and forces of those found in real organs.

The technique could help researchers understand how the flexing of entangled pathways for blood, air, lymph and other vital fluids affect each systems’ function and move the field closer toward bioprinting entire organs.

To better understand the forces and stresses at work in the new networks, the researchers turned to one of the world’s most sophisticated systems for computationally modelling blood flow. Developed by Amanda Randles, the Alfred Winborne and Victoria Stover Mordecai Assistant Professor of Biomedical Sciences at Duke University, HARVEY is a supercomputer code capable of simulating blood flow through the human vasculature down to the cellular level.

Led by bioengineers Jordan Miller of Rice University and Kelly Stevens of the University of Washington (UW), the research appears online on the cover of Science on May 3. It includes a visually stunning proof-of-principle—a hydrogel model of a lung-mimicking air sac in which airways deliver oxygen to surrounding blood vessels.

"One of the biggest road blocks to generating functional tissue has been our inability to print the complex vasculature that can supply nutrients to densely populated tissues," said Miller, assistant professor of bioengineering at Rice's Brown School of Engineering. "Our organs contain independent vascular networks—like the airways and blood vessels of the lung or the bile ducts and blood vessels in the liver. These interpenetrating networks are physically and biochemically entangled, and the architecture itself is intimately related to tissue function. Ours is the first bioprinting technology that addresses the challenge of multivascularization in a direct and comprehensive way."

The new open-source bioprinting technology is dubbed the "stereolithography apparatus for tissue engineering," or SLATE. The system works by printing a sequence of layers from a liquid pre-hydrogel solution that becomes a solid when exposed to blue light.

A digital light processing projector shines light from below, displaying sequential 2D slices of the structure at high resolution, with pixel sizes ranging from 10-50 microns. With each layer solidified in turn, an overhead arm raises the growing 3D gel just enough to expose liquid to the next image from the projector.

One of the system’s challenges is making sure the blue light does not penetrate past the current layer being hardened and interfere with previous layers. The key insight by Miller and Bagrat Grigoryan, a Rice graduate student and lead co-author of the study, was the addition of common food dyes capable of absorbing blue light made from curcumin (from turmeric) and anthocyanin (from blueberries). These photoabsorbers confine the solidification to a very fine layer, allowing the system to produce soft, water-based, biocompatible gels with intricate internal architectures in a matter of minutes.

In one of the proof-of-principle demonstrations, the team built a lung-mimicking structure where a central hub of airways expands as air is drawn into it, which in turn pushes, stretches and stresses a network of surrounding blood vessels. Tests found that red blood cells could take up oxygen as they flowed through the blood vessels surrounding the "breathing" air sac in a manner similar to the gas exchange that occurs in the lung's alveolar air sacs. 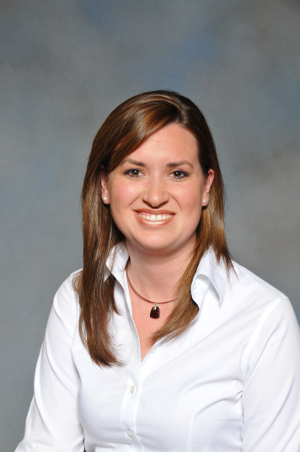 The researchers were pleased to find that the 3D printed vessels could withstand the stresses and strains placed on them by the test. But to make sure they knew exactly what forces were at work, they turned to Randles to computationally model the entire system.

Previous simulations using HARVEY had mapped 500 billion fluid points using a supercomputer with 1.6 million cores (individual processors), marking the first time blood flow had been effectively modeled at the cellular level. But to model the 3D-printed structure in this study, HARVEY had to be updated to include a challenging variable—soft, pliable walls.

“The geometries being created by the Miller lab are incredibly complex and parallel computing was required to capture the associated airway shape changes that were observed in the laboratory,” said Randles. “To model these accurately, we had to introduce a fluid-structure-interaction model. Moving from rigid, unmoving boundaries to dynamic walls that stretch with the changing flows was a difficult challenge tackled by John Gounley, who was a postdoctoral fellow in my lab at the time.“

When the updates were complete and the code was run, everyone involved was excited to find that the HARVEY code was consistent with the measurements taken from the experiment. This gives researchers hope that the simulations could eventually be used to help design more complex systems in the future.

"Tissue engineering has struggled with this for a generation," Stevens said. "With this work we can now better ask, 'If we can print tissues that look and now even breathe more like the healthy tissues in our bodies, will they also then functionally behave more like those tissues?' This is an important question, because how well a bioprinted tissue functions will affect how successful it will be as a therapy."

"With the addition of multivascular and intravascular structure, we're introducing an extensive set of design freedoms for engineering living tissue," Miller said. "We now have the freedom to build many of the intricate structures found in the body. We are only at the beginning of our exploration of the architectures found in the human body. We still have so much more to learn.”