The Evolution of Genetic Engineering

A Q&A with Charles Gersbach 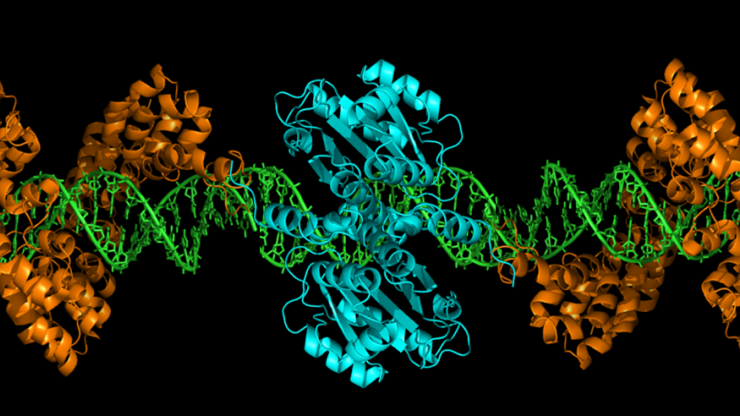 Charles Gersbach, the Rooney Family Associate Professor of Biomedical Engineering at Duke University, leads a lab that is centered on developing and applying genome engineering tools––most notably CRISPR-based technology. CRISPR-Cas is a bacterial defense system that allows bacteria to use RNA molecules and CRISPR-associated (Cas) proteins to target and destroy the DNA of invading viruses. The discovery of this technique sparked a genome editing revolution as researchers explored how the tool could be used to specifically target and edit DNA in human cells. In the years since its discovery, Gersbach and his lab have used this technology to study genetic diseases like Duchenne muscular dystrophy, precisely control gene expression and even develop tools that can make CRISPR more accurate. 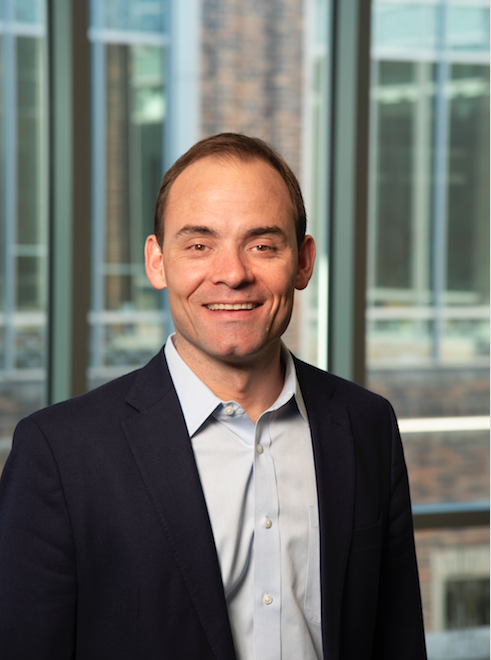 How did genetic engineering come to be your area of research?

I knew that I wanted to go down an academic career path where I could help advance regenerative medicine and gene and cell therapies. I wanted to work on something that could affect a lot of different areas within bioengineering, and I realized that gene expression was a central component of a variety of research.

There were different wings in the building where I worked in graduate school, each focused on regenerative medicine as it related to a particular organ system. In different parts of the building, you could look at posters for cardiovascular research or musculoskeletal research, or stuff pertaining to diabetes or neurological work. All of these topics essentially involved trying to get cells to do something interesting. As a very simplified example, if we want cells to behave like cartilage cells, we essentially bang on them using mechanical force and hope that they turn on the cartilage genes, and if we want cells to behave like neurons we electrically shock them and hope that kicks the neuronal genes into gear. In all these cases you’re applying external stimuli and hoping that internally the right genes get expressed. If the goal across all of these areas is to get the right genes on and off, I was curious if there was a better or more direct technology to go in and program gene expression.

CRISPR is a relatively new technology. How did that end up being the focus of your lab’s work at Duke?

The first paper that described using CRISPR in human cells was published in 2013, so we were working with technologies that preceeded it. The first was engineered zinc finger proteins, which could be used to modify a specific region of the genome. At the time people were using zinc fingers to make  transcription factors that that could turn genes on and off and regulate gene expression, but the technology was really difficult to work with so it hadn’t really taken off, and there were only a few labs in the world that were working with it. I thought that if I trained with one of them then the world would be my oyster, so I trained in San Diego for three years and used that expertise as my pitch to start a lab at Duke in 2009.

Two years after I started at Duke a new technology came out, called TALENs, which was another tool that could make proteins to target specific sequences in the genome. It was a lot easier to use than zinc fingers, but before it had a chance to take off, CRISPR came along.

CRISPR is super easy to use, so my old dream that I was going to be one of the only people in the world that knew how to do this stuff went out the door. At the time I was thinking, “Great, I’m totally obsolete only four years into my academic career”. Except we’d built up a lot of expertise and model systems for using these tools, and I was lucky to have some really brilliant and hard-working students and fellows in the lab, so we were able to quickly grab the CRISPR reagents and use them for our own work. On January 3rd, 2013, the first two papers using CRISPR in human cells were published online in Science, and three weeks later we had already obtained the plasmids and done CRISPR-based experiments in our own lab that worked. Our first CRISPR paper came six months later.

Why did you choose to focus on using CRISPR to study Duchenne muscular dystrophy?

The first project my lab started in 2009 was gene editing for Duchenne muscular dystrophy using the zinc finger technology. DMD is the most common inherited genetic disease, but in 2009 there really weren’t any therapies or options available for to help people with the disease, which causes progressive degeneration of their muscles. I was also a brand new assistant professor, so I wanted to do something that was two steps ahead of what everyone else was looking at, but it had to be a tangible enough goal so that we could make clear progress, and gene editing for muscular dystrophy was in line with those criteria.

Previously, people had looked at ways to modify stem cells and put them back into muscle, but replacing all the muscle cells in the body isn’t really feasible. The also had modified viruses to deliver genes to muscle, but the gene that is mutated in this case is also one of the largest genes in the human genome, so it doesn’t fit into typical gene therapy vectors. Instead, the idea of fixing the copy of the gene that is already in the genome, rather than trying to deliver it, seemed like an attractive opportunity. So we worked on that approach, and actually used zinc fingers and TALENs until CRISPR-based gene editing was discovered and we saw how easy it was to use.

Our work with Duchenne muscular dystrophy is ongoing. Most recently we published a paper in Nature Medicine that showed that a single systemic treatment could correct the DMD mutation for more than a year in mice.

What are the things that you can’t do today with CRISPR that you want to be able to do?

I think it would be useful to do gene editing without cutting the genome. The solution to that problem may involve a new version of CRISPR, or it may involve something entirely different. But we’re learning more about these systems every day—ten years ago it took two years to do a project involving gene editing, and now you can do it in a week or two. There are lots of flavors of CRISPR, where Cas9 is the most commonly used protein, but researchers have discovered dozens of other types of Cas9s and even other CRISPR proteins and complexes, including Cas12, Cas13, Cas14, Cas3 and even Cascade, and each of these systems lends itself to a unique use.

Looking ahead with CRISPR, what are you most excited about?

The very first clinical trials for CRISPR in humans have started this year. We’re seeing the first trials for cancer, for sickle cell disease, and for rare, inherited forms of blindness. And we’ll have the results from those trials in the next year or two, so that’s super exciting and definitely near the top of the list.

I also think we’re at a place now where CRISPR has been fully integrated into the drug development process. Not just CRISPR as a therapy, but CRISPR to make model systems and cell lines to help design better drugs. I think CRISPR will dramatically impact medicine in a way that is above and beyond using CRISPR directly as a therapy. In fact, we started a company, Element Genomics, to do this by facilitating drug development with these tools, not to necessarily use CRISPR as the therapy. That’s subtle, so people don’t necessarily appreciate that things like CRISPR are working in the background to make biological research more advanced to help come up with new drugs.