Engineering 101: A Low-Cost Solution to Gastroschisis 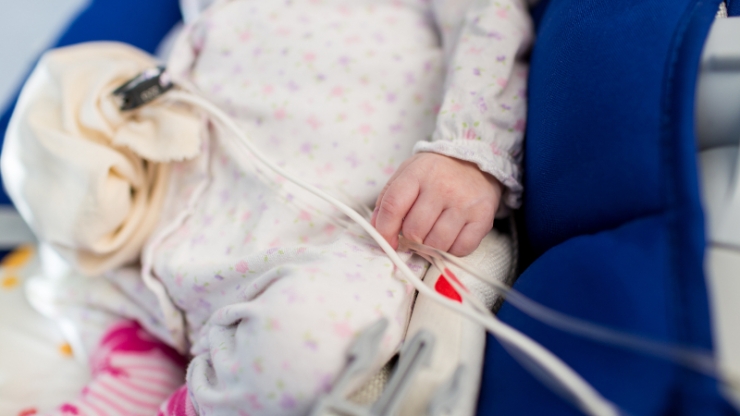 An infant recently treated in the United States with the most advanced procedures to cure gastroschisis.

As part of the course, the university brings in "clients" from the community, such as the Duke Forest or Duke Health, among many other groups. These clients pitch their real-world engineering design problems to the students. The students are then divided into teams of five based on their interest in each project. 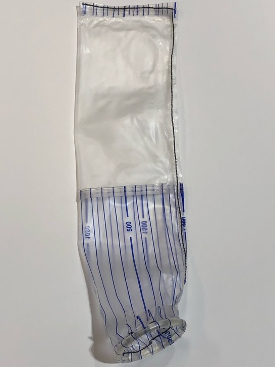 Throughout the semester, students learn about the engineering design process, which includes a design analysis stage followed by a solution stage. The key steps in the design and analysis stage are clarifying the team assignment, understanding the problem and context, and defining design criteria. In the solution stage, several solutions are generated, and a structured method is used to determine the idea that most closely meets the target design criteria. Lastly, an iterative prototyping process helps teams test the physical solution against the design criteria until a final prototype is constructed.

Most of the projects conclude at the end of the semester with a final prototype and a final presentation. However, some students choose to extend the project as an independent study for a half-credit course in the following semester. Some projects even go beyond that one additional semester.

In a recent fall semester, one client presented a project that involved designing a lowcost silo for gastroschisis that could be completely constructed with materials available in Uganda. Gastroschisis is a birth defect of the abdominal wall that results in a hole that allows the baby's intestines—and sometimes other organs—to make their way outside of the body.

The condition is commonly treated with a silo—a long plastic pouch that protects the intestine and other organs. After being attached to the baby's belly, the other end of the silo is hung above the baby, allowing gravity to slowly help the intestine return inside the abdomen.

However, a silo is unavailable to countries in sub-Saharan Africa, including Uganda, due to numerous factors like its high price. Therefore, the most sustainable solution would be to create a similar product to the existing silo made from local materials. 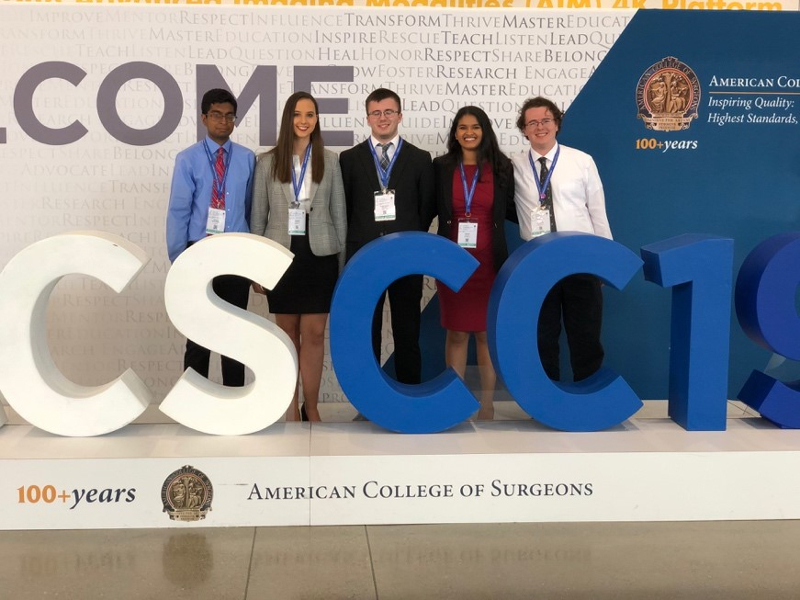 Students were so interested in this project that two teams were created to work on it. The teams brought in students and faculty from several fields, including biomedical, electrical & computer, and mechanical engineering; pediatric surgeons from Duke and Makerere University in Uganda also joined in the collaboration.

The independent study semester was split into three sections. At the beginning of a new section, the team would construct a "to do" list of things they hoped to accomplish within the section. The first thing the new team did was combine the two prototypes into one final prototype. Throughout the rest of the semester, the team performed testing on this new prototype. Some of the tests included tensile strength testing, water tightness testing and durability testing.

Once they had results, the team submitted abstracts, one to the 2019 Rice 360 Global Health Design Competition and one to the American College of Surgeons' Clinical Congress in San Francisco. The team presented their research at the Rice competition alongside another team of first-year Engineering 101 students and a team of senior design students. At the end of the competition, the gastroschisis team was awarded Honorable Mention for Finalist.

The team continued to develop the project after the Rice competition. Over the summer, they wrote a paper summarizing their work, including the prototyping and testing they had done and the joint work they had done with biomedical engineering students from Makerere University and surgeons from Mulago National Hospital in Uganda.

During the 2019-2020 school year, the team is continuing work on the project outside of an independent study. In October, they presented their research at the American College of Surgeons' Clinical Congress in San Francisco. The team was in the Global Surgery and Humanitarian Outreach session of the conference and gave an eight-minute presentation that sparked much interest.

This spring, the team plans to conduct pre-clinical studies on an animal model. The ultimate goal for the team is to conduct a clinical trial with colleagues in Uganda to determine if the prototype is an effective solution in treating gastroschisis.