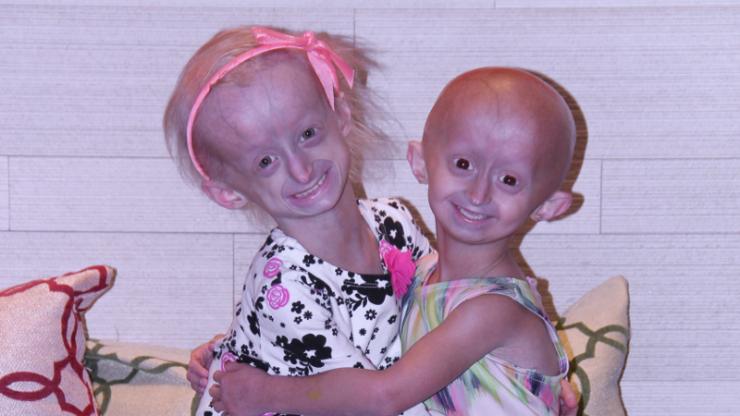 Progeria is a childhood disease with symptoms that resemble accelerated aging. Many affected patients die of heart disease brought on by weakened blood vessels before the age of 14. A single, random point mutation is responsible for the few hundred cases of progeria known in the world today. Photo Courtesy of The Progeria Research Foundation, www.progeriaresearch.org

The technology will help doctors and researchers screen potential therapeutics for the disease more rapidly, with the goal of eventually creating a platform for personalized screening. The technique also offers a new way to study other rare diseases and could provide insights into treating heart disease in the elderly.

The study was published online on August 15 in the journal Scientific Reports.

"One of the drugs currently prescribed for this disease extends patients' lives by three months, and that's been considered a major feat," said Leigh Atchison, a doctoral candidate in biomedical engineering at Duke University and first author of the study. "They're looking for anything that will extend lifespan by even a few months. It's that devastating."

Hutchinson-Gilford Progeria Syndrome—or simply progeria for short—is a non-hereditary genetic disease caused by a single-point mutation in the genome. It is so rare and so deadly that there are currently only about 250 known cases worldwide.

Progeria is triggered by a defective protein called progerin that accumulates outside of a cell's nucleus rather than becoming part of its structural support system. This causes the nucleus to take on an abnormal shape and inhibits its ability to divide. The resulting symptoms look much like accelerated aging, and affected patients usually die of heart disease brought on by weakened blood vessels before the age of 14. 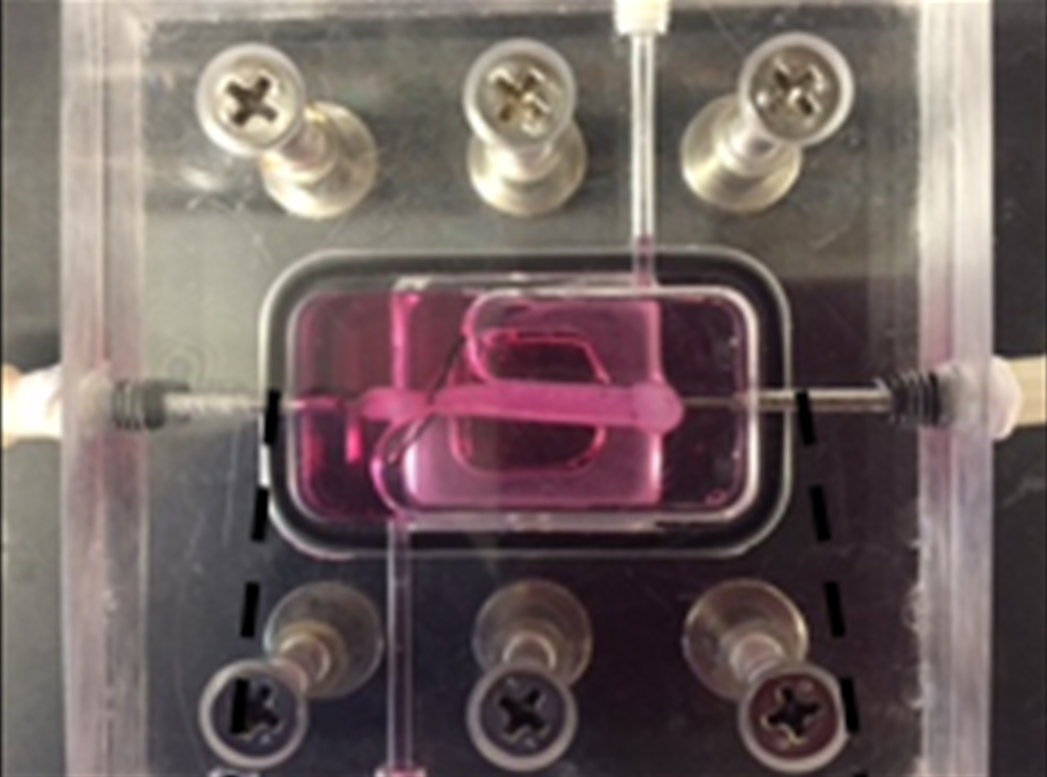 "Progeria isn't considered hereditary, because nobody lives long enough to pass it on," said George Truskey, the R. Eugene and Susie E. Goodson Professor of Biomedical Engineering at Duke. "There are currently 75 children in clinical trials, which is amazing given the rarity of the disease. But with 15 compounds under consideration for trials, the math just ultimately won't work out. You can't try all of these drugs or various combinations of them in humans, so we're hoping our platform will provide an alternative way to test them."

Blood vessels are difficult to simulate because their walls have multiple layers of cells, including the endothelium and the media. The endothelium is the innermost lining of all blood vessels that interacts with circulating blood. The media is made mostly of smooth muscle cells that help control the flow and pressure of the blood within.

Researchers believe that it is the deterioration of these smooth muscle cells that ultimately leads to the heart disease and failure that so often kills patients with progeria. But because there are so few people with progeria, it is extremely difficult to study in the patients themselves.

"Because it's such a hard disease to study, we wanted to see if we could create a platform using human cells that more accurately represents the disease and then use it for drug testing," said Atchison. "So we tried to grow miniature artificial blood vessels using induced pluripotent stem cells derived from cells taken from patients with progeria."

The plan worked. In just four weeks of growth, the engineered blood vessels exhibit many of the symptoms seen in people with the disease—symptoms that simple cell cultures have not been able to recreate. The blood vessels also respond similarly to pharmaceuticals, revealing nuances into how current therapies are working.

While the blood vessels showed improved function after a week of being dosed with an analogue of rapamycin, a drug known as everolimus, calcification and other symptoms of cardiovascular disease remained. This implies that the drug is helping the smooth muscle cells work better, but not remedying the underlying symptoms.

"That's why our system could be so useful," said Atchison. "It could tell us exactly what the drug is doing in a quicker, more high-throughput manner, and whether we need a second treatment to address other aspects of the disease."

The success may aid the study of other rare diseases, too.

"The major thing we're happy with is that this serves as a proof of principle for creating a vascular model of a rare disease in the laboratory to better understand it and hopefully develop a therapy," said Truskey.

The research may also provide insight into why some elderly people become especially prone to heart disease. Many heart patients have shown the same buildup of the progerin protein, so researchers believe there may be a link between the two conditions.

There are, of course, limitations to the new artificial blood vessels. They are not connected to any outside organs, nor are they embedded in the complicated biology of a living human being.

"We only created smooth muscle cells from progeria patients in this study, but their endothelial cells might play a major role as well," said Atchison. "If we can incorporate endothelial cells derived from the patients' own cells into the model as well, then we can create a more personalized testing platform for these patients."

This research was supported by the National Institutes of Health (UH3TR000505, R01HL126784), the National Science Foundation (GRFP Grant #1106401), the Maryland Stem Cell Research Fund, and the Progeria Research Foundation.