AI May Offer a Better Way to ID Drug-Resistant Superbugs 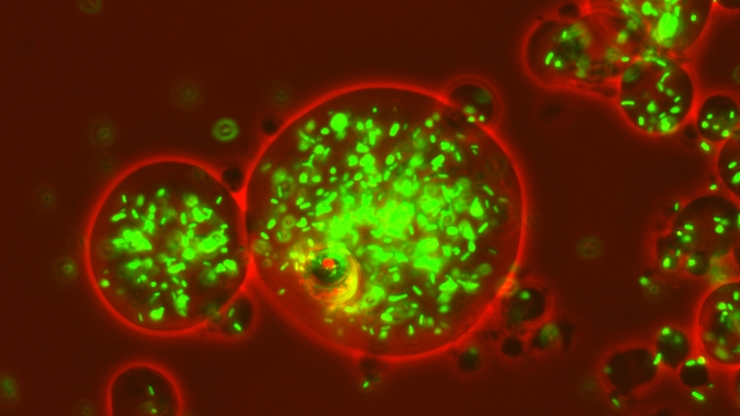 A new method for identifying strains of bacteria and guessing their resistance to antibiotics uses an AI model to analyze their growth dynamics in culture.

Biomedical engineers at Duke University have shown that different strains of the same bacterial pathogen can be distinguished by a machine learning analysis of their growth dynamics alone, which can then also accurately predict other traits such as resistance to antibiotics. The demonstration could point to methods for identifying diseases and predicting their behaviors that are faster, simpler, less expensive and more accurate than current standard techniques.

The results appear online on August 3 in the Proceedings of the National Academy of Sciences.

For most of the history of microbiology, bacteria identification has relied on growing cultures and analyzing the physical traits and behaviors of the resulting bacterial colony. It wasn’t until recently that scientists could simply run a genetic test.

Genetic sequencing, however, isn’t universally available and can often take a long time. And even with the ability to sequence entire genomes, it can be difficult to tie specific genetic variations to different behaviors in the real world.

For example, even though researchers know the genetic mutations that help shield/protect bacteria from beta-lactam antibiotics—the most commonly used antibiotic in the world—sometimes the DNA isn’t the whole story. While a single resistant bacteria usually can’t survive a dose of antibiotics on its own, large populations often can.

Lingchong You, professor of biomedical engineering at Duke, and his graduate student, Carolyn Zhang, wondered if a new twist on older methods might work better. Maybe they could amplify one specific physical characteristic and use it to not only identify the pathogen, but to make an educated guess about other traits such as antibiotic resistance.

“We thought that the slight variance in the genes between strains of bacteria might have a subtle effect on their metabolism,” You said. “But because bacterial growth is exponential, that subtle effect could be amplified enough for us to take advantage of it. To me, that notion is somewhat intuitive, but I was surprised at how well it actually worked.”

How quickly a bacterial culture grows in a laboratory depends on the richness of the media it is growing in and its chemical environment. But as the population grows, the culture consumes nutrients and produces chemical byproducts. Even if different strains start with the exact same environmental conditions, subtle differences in how they grow and influence their surroundings accumulate over time.

In the study, You and Zhang took more than 200 strains of bacterial pathogens, most of which were variations of E. coli, put them into identical growth environments, and carefully measured their population density as it increased. Because of their slight genetic differences, the cultures grew in fits and starts, each possessing a unique temporal fluctuation pattern. The researchers then fed the growth dynamics data into a machine learning program, which taught itself to identify and match the growth profiles to the different strains.

To their surprise, it worked really well.

“Using growth data from only one initial condition, the model was able to identify a particular strain with more than 92 percent accuracy,” You said. “And when we used four different starting environments instead of one, that accuracy rose to about 98 percent.”

Taking this idea one step further, You and Zhang then looked to see if they could use growth dynamic profiles to predict another phenotype—antibiotic resistance.

The researchers once again loaded a machine learning program with the growth dynamic profiles from all but one of the various strains, along with data about their resilience to four different antibiotics. They then tested to see if the resulting model could predict the final strain’s antibiotic resistances from its growth profile. To bulk up their dataset, they repeated this process for all of the other strains.

The results showed that the growth dynamic profile alone could successfully predict a strain’s resistance to antibiotics 60 to 75 percent of the time.

“This is actually on par or better than some of the current techniques in the literature, including many that use genetic sequencing data,” said You. “And this was just a proof of principle. We believe that with higher-resolution data of the growth dynamics, we could do an even better job in the long term.”

The researchers also looked to see if the strains exhibiting similar growth curves also had similar genetic profiles. As it turns out, the two are completely uncorrelated, demonstrating once again how difficult it can be to map cellular traits and behaviors to specific stretches of DNA.

Moving forward, You plans to optimize the growth curve procedure to reduce the time it takes to identify a strain from 2 to 3 days to perhaps 12 hours. He’s also planning on using high-definition cameras to see if mapping how bacterial colonies grow in space in a Petri dish can help make the process even more accurate.

This research was conducted in collaboration with groups of Deverick J. Anderson, Joshua T. Thaden and Vance G. Fowler from the Duke University School of Medicine, and Minfeng Xiao from BGI Genomics.