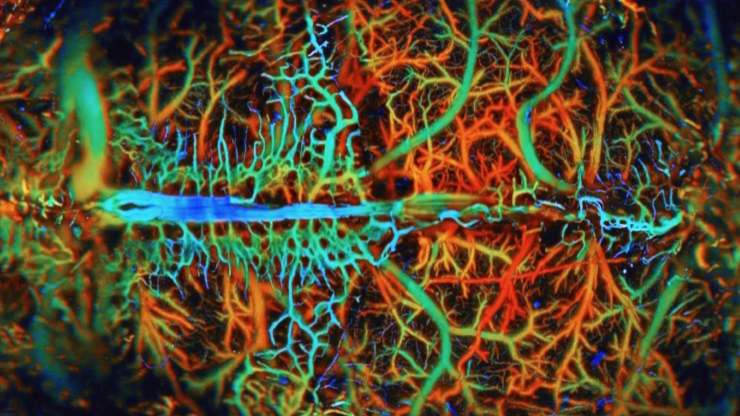 Junjie Yao, assistant professor of biomedical engineering at Duke University, and his collaborator Vladislav Verkhusha, professor of anatomy and structural biology at the Albert Einstein College of Medicine, have received a grant from the Chan Zuckerberg Initiative to develop a novel, deep tissue imaging method. The grant, which will provide $1 million for the first 2.5 years of their project, will support the researchers as they use a combination of light and sound to peer deeper into living tissues.

If this initial phase is successful, the team will receive an additional $10 million in funding to further advance and commercialize their work.

Many of today’s optical imaging tools cannot see into deeper layers of tissue, as the light from these tools is quickly absorbed and scattered, preventing researchers from seeing more than half a millimeter of tissue. To address this issue, the team aims to develop a new imaging approach using photoacoustic tomography (PAT), that allows researchers to combine the properties of light and ultrasound to create high-resolution images.

“Photoacoustic tomography allows us to convert light beamed through tissue into ultrasound waves,” says Yao. “The ultrasound waves allow us to see deeper into the tissue than light would on its own, but it’s not specific enough to let us see cellular level resolution at large depths. We’re now proposing a way to break this resolution limit of photoacoustic tomography so we can see individual cells at greater depths.”

In their three-step approach, the team will first engineer a set of genetically encoded photoacoustic probes that can absorb near-infrared light, which can more easily penetrate tissue. These probes are also engineered to turn on or off, depending on the color of light they receive.

Next, the team will use an acoustic-tunnel method to more effectively send the near-infrared light deeper into the tissue to hit specific probes. They’ll achieve this by first sending ultrasound waves into targeted areas tissue, which can compress or stretch out the tissue and affect how light travels inside the tissue.

“Photons are like cars,” says Yao. “We are essentially building highways inside the tissue for the cars to move faster and more efficiently.”

Finally, by engineering the probes to turn on or off in response to the near-infrared light, the team can more effectively target specific areas of the tissue and limit cross-talk. This, combined with the targeted light delivery, will allow the team to more effectively take a photoacoustic image of the activated probes. Once all the measurements are made, they can then layer their readings together to create high resolution images at depths as large as one centimeter.

“We’re honored to be recognized by the Chan Zuckerberg Initiative for this collaborative research,” says Yao. “We were up against almost 250 teams from around the globe, and we’re thrilled to have been one of just 13 teams to have been awarded this funding.”